Black History is part of YOUR history 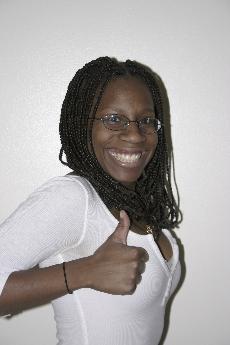 Growing up in Des Moines, I always loved celebrating Black History Month. For 28 days I would read books about great civil rights leaders such as Martin Luther King Jr. and Angela Davis as well as groundbreaking events such as the Brown v. Board of Education decision in Topeka, Kan. and the Montgomery Bus Boycott. Learning about the struggles many African Americans were up against in the fight for racial equality made me realize that their fight was a part of who I am and who I wanted to be.

As I got older, I realized that not too many people were as enthusiastic about Black History Month as I was. I would often hear complaints from my white peers about how it was unfair that there wasn’t a month to celebrate their own heritage and how my history was not important to them. This puzzled me mainly because I knew at a very young age that this country has always been dominated by white men. To be honest, did it really make a difference if they had to give up one month, the shortest month of the year in fact, to let people celebrate another heritage and culture? I personally did not think it was a big deal.

Now that I am older, the joy of celebrating Black History Month still sticks with me. Even though there is still racism and intolerance in America today, I am still hopeful that one day, the ideas of hating someone because of the color of their skin will be history.

I have also come to a realization that black history is not only the history that belongs to African Americans, but in fact it is American history in general. It’s right up there with the Revolutionary War and the signing of the Constitution. More importantly, black history is a part of every American’s history and should be recognized

So, why is it so important to celebrate Black History Month?

Nick Proctor, associate professor of history, believes that even though it is celebrated during the shortest month of the year, it is still important to celebrate African American culture.

“I think it’s good that it (Black History Month) exists to remind people who have forgotten or never realized that Black history is important,” Proctor said.

Proctor also believes that within recent years, the availability of African American history and literature has increased greatly and the many events in our American history cannot be explained and understood without black history.

On the other hand, Proctor would suggest taking a class in African American history or literature to learn more about a culture that has been in this country for more than 400 years. He believes that by taking one of these classes, a person would have to read certain pieces of literature, write papers and discuss with their class and friends the issues behind African American history. This would lead to understanding its importance and relation to American history.

Even though our country has come a long way in the fight for equality between African Americans and white people, the presence of racism and injustice still plagues our country and has created widespread controversy. Such controversies include the Confederate flag and whether it is a sign of Southern pride and heritage or a sign of hatred and racism toward African Americans. Another controversy would be using the term “nigger” and whether it’s okay for whites and other ethnic groups to use it as a term of endearment as African Americans do in film and music.

The idea of Black History Month was created to honor those who fought and struggled for racial equality and also to celebrate another culture and bring about new ideas of how to live and live well. I think it is very important for every American, no matter what ethnicity, gender or even political background they are, to take a step back and realize that we are all Americans, and our history should be recognized and celebrated together.