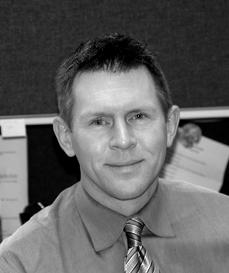 John Fuller was hired this summer to fill the position of vice president of marketing and public relations, which was left vacant due to the retirement of John Kellogg.

Fuller began his duties in September under the new title Executive Director of College Relations, which had replaced Kellogg’s former title.

Fuller grew up in Denver, CO and attended college in the Kansas City Area.

In his new position, Fuller will be faced with such tasks as assisting other departments within Simpson as they strive to reach their goals. This work entails operating directly with departments such as admissions that need aid in increasing the messages they are trying to send out internally and externally.

“Our main goal is to help other departments,” Fuller said. “Our secondary goal is to promote all the great things that are going on here.”

Current office plans include increasing the overall level of communication to the outside world and throughout campus. One way this is being done is by the use of publications and the Simpson Web site.

Fuller’s department oversees these operations by providing layout designs and other ideas he believes will effectively communicate the messages Simpson is trying to display.

“The plans of the office are to increase communication throughout campus and communicating what is happening throughout Simpson to the outside world through the use of the media,” news service manager Emily Roush said. “This may be through something that a student is doing, research a faculty member is doing or any activities that are taking place on campus.”

Before Fuller accepted his position at Simpson, he gained valuable work experience at other universities. Previous to becoming a member of the Public Relations and Marketing Department, Fuller worked in a similar position as the director of communications for Heidelburg College in Tiffin, Ohio for the last three years. Prior to that, Fuller resided as the director of public relation and the director of news services at Baker University in Missouri.