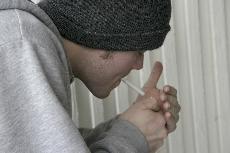 The Iowa legislature is considering taking a stand on the issue of cigarettes and secondhand smoke after years of debate among bar and restaurant owners, the public and smokers.

While the form the laws take remains to be seen, legislation is being passed through the Iowa Senate and the House of Representatives that could raise the cigarette tax $1 and ban smoking in bars, restaurants and work places.

Iowa Sen. Staci Appel said that while the issue is an important one for lawmakers, changes are not going to happen immediately, as the Senate and the House still need to mutually decide upon what exactly they want the law to enforce.

While the Senate approved raising the tax $1 and banning smoking in all public places, the House may decide to leave it up to individual towns to decide whether or not they want their bars and restaurants to be smoke-free.

“The problem with doing it that way is that it might be unfair to businesses,” Appel said. “Think about how close Des Moines is to West Des Moines. If Des Moines had one (smoking ban) and West Des Moines didn’t, the restaurants might think it unfair.”

Although the law is still in its initial stages, controversy is already surrounding the issue.

Sophomore Rhea Purvis said the laws would not make her quit smoking, nor should they be targeting restaurants and bars.

“A bar is always a place where you can smoke,” Purvis said. “People are drinking, and they don’t really care. It should be the prerogative of the restaurant owner. I don’t believe the government or the state legislation should determine personal choice for this and take the opportunity to make money for it. People are still going to have to buy the cigarettes because they’re still going to have an addiction.”

Darrel Auguston, manager of The Zoo in Indianola, also said he disagrees with the laws, saying it should be a personal choice of the business owners.

“It would negatively impact business,” he said. “I think it would be better if they left it up to the individual places because I think it is different for everyone. It’s like if you don’t like something on the radio, you can change the channel. They’re taking away the right of the smoker. I think it’s more of the government forcing their will.”

While opposition to the possible law remains strong, others view it as a positive change.

Joe Ripperger, general manager of The Sports Page, said he believes it will be good for both restaurant customers and employees.

“It would be good for all the staff, good for the customers and good for everything,” Ripperger said. “We’ll figure out ways to get around it so people don’t have to be uncomfortable. We’ll make sure smokers will still be taken care of with an enclosed patio or an area like that. We will go with the legislation. If the city were to pass it, then yeah, we’d have it. We’re a backer of it, but we aren’t going to be the sore thumb.”

Freshman Katie Veach also said that while the new law could inconvenience a few people, the majority of restaurant-goers would benefit.

“I am definitely for no smoking in restaurants,” Veach said. “Even though they have a designated section, when I’m sitting in the nonsmoking section, I can still smell the cigarettes. People don’t go to restaurants to smoke, they go there to eat. The atmosphere and the going out, having fun, that’s still going to stay the same.”

Appel said that if the law raising the tax on cigarettes were passed, the money would likely go to health programs.

“The only way I will support it is if it goes into healthcare and smoking cessation programs,” Appel said. “At a dollar, we can save so many lives.”

She also said that while 75 percent of Iowans support the ban on smoking, it should be especially important to Simpson students.

“A lot of young people have these jobs in restaurants,” Appel said. “They’re the ones breathing it in every day. They get the risk of having lung cancer and heart disease.”