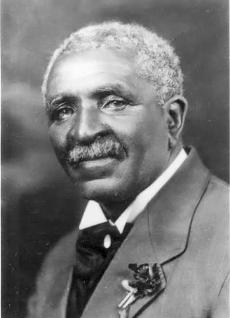 Simpson College will be holding George Washington Carver Multicultural Day on campus today for prospective students from around the state.

The event aims to bring diversity to campus as the day focuses on informing potential, diverse students of what student life is like at Simpson.

The day is accordingly named after George Washington Carver who briefly attended Simpson. He is viewed as a well known humanitarian by those in charge of the event, and they also believe the manner in which Carver found his way to Simpson draws many similarities to what they are trying to accomplish with the event.

“When we think of Carver, we know that he walked to Simpson from Winterset,” said Walter Lain, assistant dean for multicultural and international affairs. “So in that same spirit, we are inviting students that are in our own backyard to have an opportunity to look at the campus.”

Promoters of the event see having George Washington Carver Multicultural Day as a way to diversify the prospective student population at the local level. Having a day that encourages the spread of diversity allows students from around the state to see what Simpson College has to offer to them. It also allows them to meet with a panel of diverse Simpson students who will share their feelings about their experiences at Simpson as a minority.

Another aspect of the event actually allows the prospective students in attendance to become involved in a demo classroom setting. Organizers of the event decided to uniquely tune the demo classrooms to those in attendance rather than enter them into an actual class setting. This gives the potential students a feeling of what it is like to be in a classroom setting at a small private college.

This year’s George Washington Carver Multicultural Day will be the second annual, and coordinators of the event hope it will be as successful as last year. Close to 80 students attended the event last year to participate in the activities sponsored by the college. The lack of diversity on campus contributed to the idea the Social Sciences Department had to hold such a day.

“The day started out last year as an idea of the Social Sciences Department,” said Carolyn Dallinger, assistant professor of criminal justice and social work. “We talked to the president about it and he said it sounded great, so we started to work with admissions to make sure we could coordinate it together.

Many students among the campus have noticed the lack of diversity, as well. Some also believe bringing prospective students to campus and having them participate in an event like this is a great idea.

“I believe most diverse students in Iowa usually attend one of the state colleges, which is why Simpson lacks diversity,” senior Aaron Daniels said. “Having a day that promotes diversity in our small college gives the opportunity to many minorities to find out what Simpson can offer them.”

George Washington Carver Multicultural Day has gained support from different areas of the campus, and this year the event will continue to grow as more departments become involved in the task of promoting the spread of diversity.