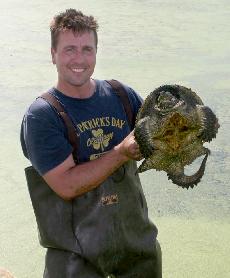 Simpson College currently has the budget to award four sabbaticals per year but is looking to increase the number granted to eight next year.

Recently, there has not been enough money in the operating budget to allow all those eligible to take a break.

Steve Griffith, vice president and dean of academic affairs, says the college had the goal of increasing the number of sabbaticals funded to eight in a two-year period, but after reviewing the budget, the school decided to switch to having eight in one year’s time.

“They (the sabbaticals) are part of our faculty development program,” Griffith said. “Faculty members need to keep up to date, and this is one way to do that.”

Under the current system, a faculty member can apply for sabbatical every seventh year. The faculty members write a proposal typically during the sixth year explaining what they plan to do with the time off and present it to the Faculty Personnel Committee.

The recommendations go through the dean and president, but the board makes final decisions. The professors approved have to have their duties covered for them while they are gone.

“It means that we are always looking for faculty members to replace faculties, and that’s where the real cost comes in,” Griffith said.

Many faculty members enjoy taking sabbaticals as a way to reconnect with their field.

Jennifer Nostrala, professor of theatre arts, is presently on sabbatical in Austin, Texas. Her main project has been directing “Hamlet” for the Vortex Theatre, and she says the time away from campus has allowed her to concentrate her efforts more fully on being an artist.

“It helps reconnect me to my foundations as a director,” Nostrala said. “Working with actors and designers outside the academic environment allows me to check my practice against a potentially different set of standards.”

Nostrala also was on sabbatical in the spring of 2006 when she worked on developing the women and theatre course offered through Simpson. She also has hopes of taking another sabbatical after the next seven years.

“I wouldn’t hesitate to take another sabbatical-I find that I am a better teacher when I return,” Nostrala said.

Parmelee stayed in Iowa during his time away from Simpson, mainly working on finishing his book, “Reptiles and Amphibians of Iowa,” with a professor from Drake University.

“I had no official duties except my own personal research,” Parmelee said. “Being a scientist, it got me back to doing research. I teach it all year, but then I got to do it.”

Parmelee thinks sabbaticals can be useful to faculty as a time to “recharge their batteries,” but since the time off is their own, they need to be strongly self-motivated individuals.

Juffernbruch also stayed in the Midwest during his sabbatical but made a few trips to Chicago as part of his research. He spent his time looking into the relatively new Sarbanes-Oxley accounting law.

After researching for the first part of the break, Juffernbruch then spent time with the people who were actually practicing the law.

“It’s one thing to read the law and what it says,” Juffernbruch said. “It’s another thing to see what it’s doing in the real world.”

While he agrees that faculty benefit from time off to refocus in their concentration, Juffernbruch also believes students can benefit greatly too. The connections made by professors can lead to great networking and possible jobs or internships for students. It also helps students with what they’re learning in the classroom.

“They will be able to have current, cutting edge material in the classroom,” Juffernbruch said. “Sabbaticals are important faculty benefits that most could use productively to enhance what they’re doing in the classroom.”