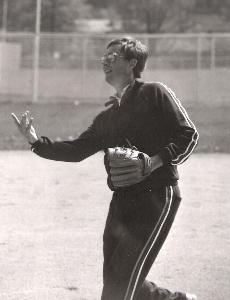 Two Simpson faculty members will be retiring at the end of this year: Professor of History Owen Duncan and Professor of Mathematics Bruce Sloan.

Duncan will be leaving Simpson as a full-time faculty member, retiring after 38 years at the college.

Having been here for many years, he was very involved with the curriculum and started up the Cornerstone program.

Duncan coached tennis for 10 years, and every other year since 1993, he’s taken students on a May Term trip to the British Isles.

He said the things he will miss the most are meeting young people, learning new things from students and his friends among the faculty.

“I will not only miss working with students, but I’ve been meeting with four professors that are teaching the senior colloquium class on a regular basis all year,” Duncan said. “It will be different not being able to see them as often as I have.”

Not only will he miss the students, but the students will also miss him. Sophomore Shateau Hartney had Professor Duncan for her liberal arts seminar. She said that he was one of the main reasons she decided to become a history major.

“When he taught students, he took a genuine interest in helping each one succeed,” Hartney said. “He is also a very family-oriented guy who takes pride in his grandchildren. I enjoy his classes a great deal, and when I was scheduling, I found myself looking for his classes, only to realize he was leaving. It is going to be strange not setting up advising appointments with him.”

As of now, Duncan plans to stay in Indianola and spend time with his grandchildren.

“I feel very fortunate to have been able to teach at Simpson,” Duncan said. “Not all colleges offer things that Simpson does.”

Another professor who is retiring from Simpson at the end of this year is Sloan, who has been at Simpson for 19 years and has taught a majority of the mathematics courses offered.

“Seeing students develop from being a first year to a senior is amazing,” Sloan said. “The growth as an individual and development in math is a good reason to go into the profession.”

Sloan said the things he will miss the most are the interaction with students and his colleagues.

“I will miss the number of activities that go on on campus, including the lectures, concerts, plays and athletic events,” Sloan said. “But I will miss my colleagues in the department and division the most.”

His plans for retirement include relocating to Butte, Mont. with his wife, Bev, to be closer to his two grandchildren. He said he likes Indianola, but Montana is too far away to be involved and help out.

“Bev and I are blessed to move from a positive to a positive, and we both feel very good about it,” Sloan said.

Junior Tracy Robson has had Sloan since her sophomore year.

“I’m really going to miss him,” Robson said. “He’s just so friendly, funny, helpful and one of the best professors I’ve ever had. I really am sad to see him go, but I’m thankful for all the time he has been here, all the interactions that I’ve had with him and everything that he has taught to students. He’s taught me a lot, about both math and life.”