Reflecting on the first-year experience 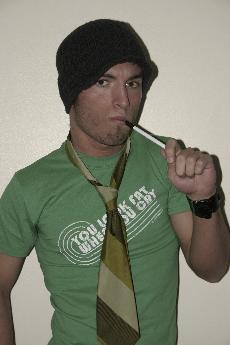 As dead week ends and May Term shines like a beacon of hope, my first year at Simpson comes to an end. I feel it’s only fitting to take a step back and reflect on my “first year experience” at good old Simpson College.

I remember Aug. 26 clearly. It was move-in day, and I was on the verge of freaking out. It wasn’t from excitement and relief that I was finally escaping the clutches of constant parent surveillance. No, I was pretty scared. All I could think was “Holy shit, I’m really a college student now!” I was about to move into a room that was not only half the size of my room at home, but I was sharing it with two complete strangers.

I had heard numerous roommate horror stories and was just waiting to see what was in store. I was lucky, though, and had normal roommates, or as normal as you can be when you’re a theatre and music major.

The first few days of orientation were interesting to say the least. I got to awkwardly stand around with other freshman I had just met and make friendly forced conversation while watching everyone else.

The low ropes courses at Wesley Woods with my American Government LAS class established the fact that we were “AMAZING” (my fellow classmates know what I’m talking about). More forced friendships and conversation while lifting people through rope spider webs and painting a sign is always a treat.

So while my first week here at Simpson seems like it was eons ago, there are plenty of things I can say I’ve learned and can take away from my first year here.

One thing I’ve learned and regrettably admit is that thanks to my clothing obsession I could go more than 30 days without re-wearing anything. Yep, in my closet I have more than 50 shirts and 15 pairs of jeans, plus shorts, sweats, etc. However that may be, I still tend to wear my favorites quite often and I’ve come to the conclusion that jeans can be worn up to three times before washing, and it’s best to stick to re-wearing shirts only once, unless you have Febreeze or it passes the sniff test.

I’ve decided that you can get anywhere on campus in less than 15 minutes. You can even make it from fraternity row to Carver in just 10 minutes.

I’ve learned that it is possible to wake up 10 minutes early for an 8 a.m. class and be there on time. That is, as long as you forgo the showering and combing of the hair. That’s why God invented hats.

Two important pieces of advice I’ve picked up are that you always walk on the right side of the sidewalk and that it’s easier to use the left door when going into the library.

I’ve taken a few learning experiences to heart during my time here and can say that I’m a better person because of it. I’ve realized that self-doubt and constantly seeking approval about yourself from friends isn’t that attractive and people are going to get annoyed with you.

I’ve decided that going Greek is one the best decisions I’ve made since coming to Simpson. I’ve made some amazing friends and am pretty sure that the Tau Gamma pledge class of SAE consists of the 18 most awesome guys on campus, and all the other brothers are pretty much amazing as well. I’ve learned a ton about myself thanks to my brothers and can only hope I’ve taught them a few things as well.

Simpson has given me amazing opportunities. I traveled to Nashville for a week and watched bands and comedians for CAB. I spent a week in Ames learning about theatre. I’m going to Chicago in May to job-shadow at a theatre company and this fall I’ll be studying in London. These opportunities have given me great connections and lasting memories.

One big thing that Simpson has taught me is that if you plan on being a theatre major, you better be dedicated. Theatre has essentially become my life and this past week, I spent more than 50 hours in the theatre; classes, work-study, box office hours and rehearsals for Student Festival, and while I’ve missed out on things here and there because of the time commitment, I haven’t minded. I’ve realized that theatre really is my passion and something I want to do for the rest of my life.

There’s plenty more things that Simpson’s taught me in just this past year–things quite serious and important about myself and dealing with others and some things that while useful, aren’t necessary, like that trays from Pfeiffer make great sleds.

So, Simpson College, thanks for an interesting first year and making my college experience “what it should be.”