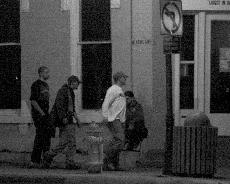 In the last few weeks the Indianola Police Department has seen an increase in the number of drivers operating vehicles under the influence of alcohol.

Since March 8, there have been eight Operating While Intoxicated charges and arrests made by the IPD.

Drivers charged with OWI in the Indianola community vary in age and aren’t college students as often as people may assume.

Sergeant Rob Hawkins of the Indianola Police Department feels that Simpson students do a good job of being responsible.

“Simpson students do a good job of not driving when they’re drunk,” Hawkins said. “We get the occasional student driver, but often times it’s not.”

Hawkins attributes the increase in OWI charges to the warm weather.

An OWI is considered a serious misdemeanor and stays on the driver’s driving record for 12 months and is a permanent fixture on his or her criminal record. The driver also receives a $1,500 fine, the loss of his or her license for six months, spends a minimum of two days in jail and will then have to carry high-risk insurance. This is only if the driver takes and fails the implied consent, also known as the breathalyzer test, and if no one else is hurt or involved if there is an accident.

Hawkins also points out the “hidden costs” that are associated with receiving an OWI.

“After paying the fines, missing work and carrying the high-risk insurance, you’ll end of paying between $5,000 and $7,000,” Hawkins said.

Many students on campus take steps to prevent drinking and driving.

Members of Simpson’s Greek community do their best to ensure that friends don’t get behind the will while they are intoxicated. The members of Alpha Tau Omega have a phone tree available for brothers to use when they need a ride, and the men of Sigma Alpha Epsilon use a designated driver program on the weekends.

“The DD program cuts back on the risk of people being out there driving while they’re drunk, as well as the risk of getting picked up for public intoxication,” said freshman Neal Rowles, SAE risk management officer. “I think it also helps people enjoy their evening when they know they have a designated driver.”

Joe Bishop, manager for The Sports Page, notes the importance of designated drivers.

“We always have cab service available when we host big events, like the New Year’s Eve Party,” Bishop said.

He added that he also believes his employees know when to cut people off.

“My bartenders are well trained and know when someone has had too much,” he said.

Hawkins also added that if students aren’t causing a scene, urinating in public or calling the police names when they drive by, they aren’t going to be arrested.