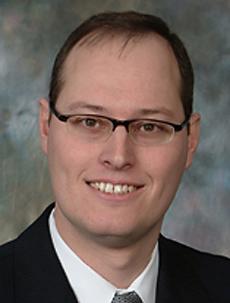 Giving back to the community has been Stephen Van Buren’s life mission. Van Buren works at McFarland Clinic in Marshalltown as a doctor in general surgery.

“I really enjoy science, working with people and helping them,” Van Buren said.

A Simpson alumnus, Van Buren serves as a member of the board of trustees when not at work.

“I had a great time at Simpson,” Van Buren said. “I felt like it was home, so I wanted to give something back when I left there. When the opportunity to serve as a trustee was offered, I thought it was a great way to give back to Simpson, besides being quite a privilege.”

Van Buren and other board members are responsible for approving budgets, fundraisers and various other affairs of the college.

“By serving on the board, it has given me a new appreciation for the difficulties and challenges faced by private institutions,” Van Buren said. “It has also been a joy to meet the other members of the board.”

Van Buren said Simpson geared him with the skills needed for life after college. He attended graduate school at the Medical College of Wisconsin in Milwaukee, Wis. and then fulfilled his residency requirements at the Mayo Clinic in Rochester, Minn.

“I became interested in a career in sports medicine when I was a senior in high school,” Van Buren said. “I broke my finger playing football and once I met the doctor who was taking care of me I wanted to pursue that profession.”

In 2002, Van Buren was offered and accepted a position at the McFarland Clinic as a general surgeon.

“Marshalltown is a nice town that is family friendly with excellent people,” Van Buren said. “They also have an excellent medical community. It’s a good place to raise a family.”

Van Buren’s wife, Heather grew up in Marshalltown, so that also helped in deciding on a location to have a family. The Van Buren’s have two children, William who is five and Brynn who is three.

Though Van Buren spends much of his time serving others, he also realizes the importance of family.

“It’s a busy profession,” Van Buren said. “It requires a great deal of your time and trying to balance that with home life is a major challenge. The personal rewards of the job keep me going.”