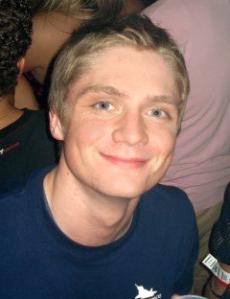 Junior David Denny is an international student from Belfast, Ireland and is enjoying his time studying at Simpson College.

Denny has made his way to Simpson’s campus in part by being accepted to a program that is run by Ireland’s government. This program gives 100 students from schools around Northern Ireland the chance to come over to America and study business courses at American schools that are also involved in this program.

“I was accepted to a program called The Business Education Initiative,” Denny said. “Simpson is involved with the program as well, so when I became accepted under that scheme I came here to study business classes.”

At home in Belfast, Denny studies at Queens University. Here at Simpson, Denny takes business management courses because of The Business Education Initiative program he is enrolled in.

Upon arriving in Iowa, Denny noticed a big change from his native hometown of Belfast in comparison with Indianola. Despite Belfast being so much bigger than Indianola, he mentioned that it was a lot quieter. However, he does enjoy how it’s more open in Iowa. He thinks there is a lot more space and likes how everything isn’t “built up.”

“Indianola is a much smaller town than what I am used too,” Denny said. “At home it’s a big city.”

Denny is also getting used to being on such a small campus. At Queens University in Belfast there are around 25,000 students enrolled in courses, so Simpson is much smaller than what he’s used to.