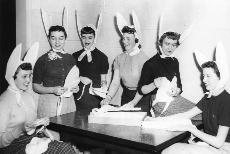 The original AXO sorority was formed in 1885, 22 years before students started their own chapter at Simpson College. According to the Alpha Chi Omega Web site, there were seven original members. Each of them was a student from DePauw University in Greencastle, Ind. and was initially brought together by Professor James Hamilton Howe for the purpose of forming a society at the university.

Since this time, the sorority has continued to grow and it has been 100 since Simpson College students originally formed their own chapter of the highly respected sorority Alpha Chi Omega.

To honor this amazing accomplishment of long tenure in the Greek community at Simpson, the chapter has decided to incorporate several special events into its celebration.

To kick off the birthday bash, Alpha Chi Omega has decided to make several events part of their celebration.

“We do it every year, but this year we are kind of incorporating it into our birthday celebration,” sophomore Whitney Bryant said. “Every year we have a bunch of apple pies donated from parents and alumni for this event, and every year everyone is welcome to come and join us.”

Many other events will also be taking place for Alpha Chi Omega’s birthday celebration as well.

Prior to the sorority’s official birthday celebration on May 13, AXO will be hosting an open house on May 11 where they will be serving cake to those in attendance. Students who attend will be assured excitement from members of Alpha Chi Omega sorority.

“The events will be fun,” sophomore Katie Van Der Linden said. “There will be a big family barbeque, open house, birthday cakes and a bunch of stuff on campus where people can become part of the celebration.”

“Anytime anything turns 100 it should be noticed,” senior Emmalee Bowlin said. “I believe everyone should treat this event with excitement and show respect to the sorority’s heritage.”

The official 100th birthday ceremony on May 13 is currently still in the planning stages. Details are presently being discussed on what the event will actually entail. However, the upcoming events for the celebration promise great fun.

AXO will be welcoming to all those who want to join them to help them celebrate this monumental achievement.