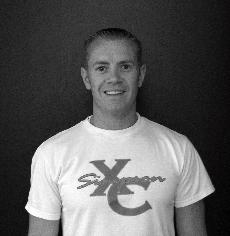 When Brad Hofer was hired in April as the new head coach for men’s and women’s cross-country, he set his sights on ways to help each team improve from where they finished in 2006, both on the course and off.

According to Hofer, the primary goal for the 2007 season is team unity.

“I want to start some good traditions and good team building activities to help this team become closer.” Hofer said.

Hofer also aims to improve the team’s results on the course and wasted no time in implementing a plan to do just that.

“Summer training started three weeks after the track season ended and lasted all throughout the summer,” Hofer said. “They had workouts given to them by me that they were to do, and that lasted until we started our training camp on Aug. 19.”

Along with Hofer, the runners have set goals as far as where they would like to finish the 2007 season.

Junior Eric Osterhaus, the number one varsity runner for the men’s team, says they should improve from where they finished last year.

“The men’s team should be fighting for fourth in the conference with Central,” Osterhaus said. “Luther and Wartburg will probably end up battling it out for the top two spots in the conference.”

Senior Emily Salberg, team captain for the women’s team, thinks there is much to look forward to in 2007.

“The outlook is good,” Salberg said. “We have a lot of new freshman runners, a couple who are in top varsity spots. Everyone seems really excited for the season.”

Despite spending her first three years under former coach Todd Deely, Salberg is very confident in Hofer and his ability to coach the team. According to Salberg, the transition from last season to the current season was successful.

“I’m very comfortable with his (Hofer’s) style of coaching, and I’m confident with his decisions,” Salberg said. “Any change that was going to happen has already happened. The transition went well.”

Osterhaus shows a similar level of confidence in Hofer as Salberg. He was happy to hear that Hofer had won the job.

“I was really excited,” said Osterhaus. “He knows the program. He’s been an assistant coach here for four years. He’s young, but he knows what he’s doing.”

The 2007 men’s and women’s cross country teams enter the season with a great deal of confidence, both in themselves as well as in their new head coach. With lofty goals gleaming on the horizon, the cross country season should be a fun one to watch.