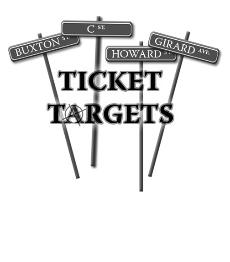 The strict reinforcement is a result of complaints from residents about cars blocking their driveways and mailboxes.

“People have no vision of the street,” said Tab Bartling, captain of the IPD. “Their driveways are blocked and so are their mailboxes. They have to go to the post office because the postal workers can’t deliver their mail.”

Police officers track the 72-hour time period by chalking car tires. They mark the tires where they meet the ground. If the mark is in the same spot three days later, the police write up tickets. The fine for exceeding the 72-hour limit is $15.

The department has written approximately 30 tickets around campus since school started in late August. An excess of 100 tickets has been.

“The college kids aren’t being singled out,” Bartling said. “The policy has been in place for 20 years. Before that, people couldn’t even park on the street for a whole day.”

Bartling said several students’ cars had also been towed. They were brought to the police department so that students would not have to pay a storage fee.

“Even then, some students didn’t realize that their cars were gone until a week later,” he said.

Freshman Chris Lindo said he got ticketed for the offense the very first week of school.

“I was parked on C Street in front of Kresge,” Lindo said. “I was not aware of the ordinance. I was kind of upset at first, but it makes sense.”

Indianola residents who live close to campus say they have noticed an increase in student parking in front of their houses.

Chris Lohman, who lives on the corner of E Street and Girard Avenue., said that there has been a greater problem this year than last.

“I’ve had cars blocking my driveway and my mailbox,” Lohman said. “They told me enrollment was up. I don’t know if that’s the reason or not.”

Lohman said she has noticed improvement since the police stepped up the enforcement.

Pat McDoel, who also lives on Girard Avenue, said she has trouble mowing her lawn.

“Sometimes cars park so close to the curb that we can’t mow,” she said. “Originally, everyone had trouble with blocked driveways, but we had the city paint yellow lines for us, and that isn’t really an issue anymore.”

McDoel said she didn’t notice an increase of cars from last year. She hasn’t noticed any change since the ticketing began either.

Students across campus have been ill-tempered about the ordinance since receiving emails about it early in the year.

Sophomore Chassidy Weber is a resident of Indianola as well as a Simpson student. She says she understands the reasoning behind the ordinance but doesn’t think it will be effective.

“I understand if people have trouble with vehicles parked in front of their houses, we have problems with that sometimes, too,” Weber said. “But I think that around here, once one person leaves, someone else will take that spot right away.”

Bartling said that the IPD has received several complaints from students who have gotten citations.

“They aren’t happy, but they understand the idea behind the ordinance,” he said.

Bartling also said that department will canvas the whole Simpson area and suggested off-street parking as another option for students.