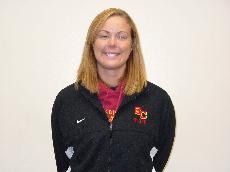 Bruce Wilson, head men’s basketball coach, can’t be found actively searching the market for transfer student-athletes to bring in each year. He doesn’t think that’s the best way to build a program. He would much rather bring in a strong freshmen class each year and build from within.

But when Wilson does look at possible transfers, he likes to know them through someone else.

“When I’m looking at bringing kids into our program, I want to know quite a bit about them,” Wilson said. “We’re not just going out there and bringing guys in from all over the place.”

With only one senior on the roster for the 2007-2008 season, Wilson wanted to add players that had some experience with college basketball.

“I just felt that I needed to have a couple of guys that could help us with maturity,” Wilson said.

Jeff Schucker had been to Simpson several times to visit his friend Jason Parkinson, a senior last year for the men’s basketball team. He had played at Scottsdale Community College and was working for an insurance company. After deciding that he didn’t want to be an insurance agent the rest of his life, Schucker transferred to Simpson to get his teaching certificate and to play basketball.

Another reason Wilson likes to know about possible transfers is to see if they are going to be a good match.

“The chemistry in basketball is one of those things that can either make or break your team,” Wilson said. “It’s so important that everyone does get along.”

According to Wilson, in basketball as well as any team sport, you have to earn the respect of not only the coaching staff, but of your teammates as well.

“I think that all three of those guys have done a great job of not coming in and trying to tell everyone how good they are,” Wilson said. “They’ve done a nice job of earning the respect of the rest of the guys.”

The bottom line, according to Wilson, is just trying to assemble a group of players that can work together to be successful.

“It’s been very good for our team to have the three guys that we have right now,” Wilson said. “They’re really good guys, they’re team guys, and their talent will help our team be more successful.”

A successful transition, according to Oliver, can begin almost immediately. Upon first meeting the Simpson women’s basketball team, the guard knew she liked them.

“Everyone’s attitude on the team is really positive and that helped with my transition into the school,” Oliver said.

Oliver wasn’t completely content at Lindenwood. She was unhappy with the basketball situation, because the relationship between the team and the coach wasn’t where she would have liked it to be.

“I really wanted to take advantage of my last two years playing a sport,” Oliver said.

Smith saw Simpson as an opportunity to get out of St. Louis. Having lived there all his life, he decided to take a chance somewhere else and see what Simpson was all about. He’s happy with his choice, thanks to the people he has met.

“When I first got here everybody was very nice and very accepting of me,” Smith said. “If you want an interpersonal education along with friends that will last outside your college career, then you should come to Simpson.”