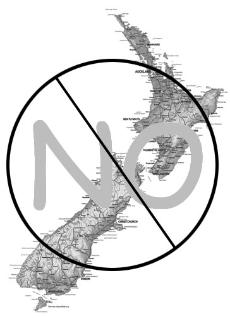 Two of the May Term trips, New Zealand and Ireland, have been cancelled. The trip to New Zealand was cancelled due to low enrollment, which in turn affected the price of the trip.

According to International Education Coordinator Jay Wilkinson, there were 15 students that had applied and were accepted into the course.

“It’s very unfortunate that the course to New Zealand had to be cancelled,” Wilkinson said. “The price estimate for the course was based on 20 participants. Instead of assessing students $800 more than they were originally expecting, Professor of Education Steve Rose decided to cancel the course altogether.”

Senior Beriet Bichel was signed up for the New Zealand trip. She said the group of students enrolled in the course found out about the cancellation of the course about a week ago.

“I found out last Thursday afternoon that the trip was cancelled,” Bichel said. “They told us it was because of low enrollment, and that the price for individual students would go up too high.”

Wilkinson said the other course that was cancelled was the Ireland trip, to be led by Steve Griffith, vice president and dean for academic affairs. This course didn’t have enough students enrolled for the course to be offered, so Griffith decided to cancel it in early October.

One course has actually gone down in price since initial estimates were made. Global Health: Confronting Aids in Namibia, offered by Professor of Biology Pat Singer was reduced by about $150 per student.

“Initially students were quoted $4,200 for the trip, but we were able to find cheaper flights, bringing the cost down to $4,050,” Singer said.

According to Wilkinson, there have not been many students that switched courses.

“Only 2 percent of all students enrolled in international travel courses have applied and been accepted into one course and then decided not to take that course, but to apply for a different one,” Wilkinson said.

Wilkinson said he doesn’t think the new application process for international travel courses had anything to do with the two course cancellations. Wilkinson said there have only been seven or eight students that decided not to participate at all, and it seemed like finances were a factor.

“I would say that on the whole, the new process seemed to work well,” Wilkinson said. “I’ve received very positive feedback from travel course faculty members in regards to the new application process, and many students have also expressed their appreciation for what they view as a more fair system.”

Singer also said she thinks the new process helped with enrollment in courses.

“I think the process went smoothly,” Singer said. “It forced the students to think about which course would be best for them.”

Bichel said she thinks the new application process was a part of the cancellations.

“I think the new process was a big part of it, because trips weren’t cancelled in the past,” Bichel said. “We’re required to take Global Awareness courses, and if they are going to require that, students shouldn’t have to jump through hoops to be able to study abroad.”

Wilkinson said he is very interested in student feedback about the new process.

“In addition to the regular course evaluation form which students receive at the end of the travel course, this year they’ll also be receiving an additional evaluation form in which they will be asked to comment on the new application process as well as on the logistics of their travel course.”

Wilkinson said there are still several courses that may be still accepting applications, and interested students should contact the professors immediately to find out if they will consider new applicants.