How To: Survive without an iPod 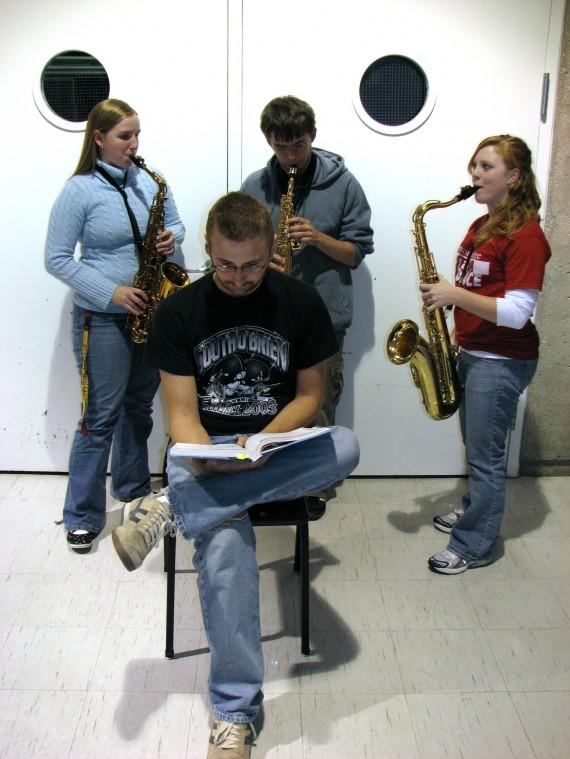 Christmas is coming and to prepare us for its arrival is the usual barrage of advertisements. We let ourselves be convinced that life without a blender is no life at all. We dare to wonder how we can call ourselves civilized without a monogrammed bathrobe. We have iPods, therefore we are.

For those of you who won’t get iPods for the seventh Christmas in a row, all is not lost. We have been afforded with advancements in musical technology for centuries. If you think an iPod is the pinnacle of this technology, you are mistaken.

Instead of investing on what will surely become a passing fad, maybe you should consider reacquainting yourself with musical crazes of the past.

Common conceptions of early music consist of different percussion instruments. I think this is a great idea. It puts the effort of producing the music on the listener. No longer will you have the luxury of scorning or praising the efforts of others.

Suddenly, the only person you will have to blame for substandard music is yourself. It could be reasonably argued that iPods are robbing our society of the notion of responsibility.

Later in our history, we began listening to small groups of musicians. Imagine the ideal serenity of a string quartet while you study some art history. A nice, upbeat horn section would be a great rhythm to walk to and from class.

A colorful mariachi band could really liven up a party. You may have reservations about studying in the library with a small band. These reservations are quite unfounded. As with any personal preference, I think it’s quite safe to assume your opinion is the most informed and best for the larger population. If people say they don’t like your choice in music, you can just take it as a cry for help to expose them to the fine arts they have been missing all their life.

The age of recorded music brought all kinds of innovations in music technology. I think it’s safe to say all portable players of music pale in comparison to the 1980s boom box. Walking around with a phonograph on your shoulder is really just a death trap for any low-flying bird. A record player from the 1950s or 1960s requires speakers that need to be transported with the player itself, which just seems like a recipe for disaster. Imagine the debris that would collect after just an hour of dragging speakers around. We were then given Walkmans and Discmans and eventually iPods. These were certainly functional, but no one really knows when you’re enjoying your music. A giant boom box on your shoulder really lets a crowd know that you are really into your tunes.

If all else fails, you could rely on the most portable music player of all: your mind. The endless artists, songs, and playlists are unrivaled by any other musical device. If the boom box visually lets people know you are listening to music, singing at the top of your lungs wherever you are will let people know in the field of audio.

If you go the route of relying on yourself to listen to your music, you will probably also have to rely on your mind to create the friends to enjoy it with.