How to send a gift with a message 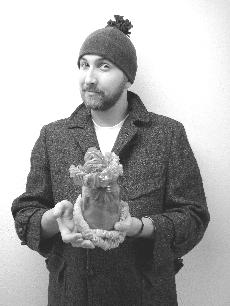 December for a college student is bittersweet, to say the least. The anticipation of Christmas is coupled with the despair of finals. Schedules are consumed by studying- or at least spending time thinking about how much you have to study for.

After finals are over, you can’t really bring yourself to do anything but relax for a week. Suddenly, Christmas is here and you don’t have any gifts for family and friends. Unless you’ve come across a blank check, Mr. Macintosh, you are probably also strapped for cash.

All semester, I’ve been preaching the benefits of resourcefulness and frugality and this crisis is no time for a new game plan. Re-gifting has become a media buzzword in recent years, but do not let this undermine its practicality.

Ideal re-gifting involves gifts still in their original packages. What homes are these packages found in? Even if I know I’m not going to like something, the three-year-old inside still wins and I tear into it like an Animal Planet predator. I just can’t imagine the kind of people who can leave a gift unopened- probably the same lucky people who don’t have to turn the lights on and off 12 times before leaving a room.

When I look around for my re-gifting candidates, I’m forced to look only at used merchandise. At this point, it is largely a case for creative packaging. I’m looking at a half-burnt candle and a couple of leis from last week’s beach party. I’m seeing a “starter candle” with a creative tropical bow.

Recipients might balk that they don’t need a starter candle, that the wick and wax concept is pretty easily mastered. If more time and resources were available, you might set up a highly flammable sabotage candle to teach them the potential dangers of these sweet-smelling murderers.

There always seems to be a certain surplus of novelty items in any living environment. Oversized combs and glasses from last summer’s carnival, a Statue of Liberty hat from your trip to New York and a funny bathrobe from your cousin’s Las Vegas weekend are just some examples of things that crowd your closet space and offer you only fuzzy memories in return. Put these things together in some kind of hilarious box or trash bag and call it a “costume kit.”

When they ask why they need a costume kit in December it will be the perfect time to announce your new annual New Year’s Eve costume party. Whether or not you have this actual party planned is better left to worry about after the busy holiday season.

If nothing else, seek out the most obnoxious piece of footwear in your house. Spend the afternoon creating an elaborate story. When your friend or family-member questions the gift, bring up your newly-crafted story with them inserted into it. Convince them you thought they would love the reference of the inside joke.

If they simply cannot be convinced, get defensive. The more defensive you get, the more likely they will be to apologize and your tearful make-up will be just the kind of sentimental crap the holidays were made for.