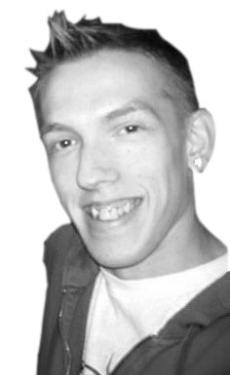 Ever wondered what it takes to get to Spain? Three airplanes and about 26 hours of travel. But I’d say it’s worth every minute.

I really can’t believe I have been here for almost two weeks. It seems like much longer because of all the things we’ve done and seen.

When the group arrived in Spain, we caught a train from Madrid to Seville. After arriving in Seville, we met the director of the program we’re studying with, and then we were herded into another room where we got to meet our host families. They called our names one by one and off we went.

What a terrifying experience that was! After travelling for 26 hours, we were sent home with people we had never met and were expected to communicate with them.

My roommate and I were so exhausted that about all we could do was sit and listen. Our “señora” spent the length of our taxi ride to her apartment on her cell phone telling her niece that we couldn’t speak Spanish and she needed help! It helped that we were staying with two other students, one from Maryland and one from France. At least there was someone there that could explain things to us.

Our first group outing involved a tour of Seville’s city center, led by one of our professors, a native of Seville. We saw all sorts of monuments, churches, and other buildings. We learned about some good tapas bars to visit, and I’m pretty sure we know where all the Starbucks are.

I will definitely have to get used to the culture. There are lots of differences between Spanish culture and American culture, along with a lot of little nuances that we have yet to learn. Even eating in a restaurant is a different experience, because the waiters and waitresses don’t hover over people.

Siesta is definitely one of the biggest things for me to get used to now. At 2 p.m., most of the shops in town close so people can have a break to eat lunch, take a nap or relax. The shops open back up at around 5 p.m. and close again at around 9 p.m. for the night. It’s sort of frustrating for a kid that’s used to 24-hour shopping at Wal-Mart or Hy-Vee.

Speaking of Wal-Mart, if we really decide we can’t live without it, Seville has an equivalent, albeit a much more expensive equivalent: El Corte Ingles. It’s not open 24 hours, but you can buy chips, clothes, fresh squid, hairdryers, movies and more. And the best part? Nearly all the purchases can be charged in U.S. dollars!

Spanish meal times are a bit odd as well. Normally, we eat breakfast before classes at about 8 a.m. and have lunch between 2:30 and 3:30 p.m. Dinner is the really odd time. We all sit down to eat at about 9:30 p.m.

One of my favorite things about Seville so far (aside from all the amazing sites) is “Rebajas.” Nearly everything in the city is on sale for at least 50 percent off during the month of January! Needless to say, I went shopping the first five days I was in Seville and found some pretty good deals.

I’ll be in Seville for the next four months, so I’m definitely looking forward to making some new friends and finding out what the city has to offer.