Iowa caucus may be over, but voters need to stay alert 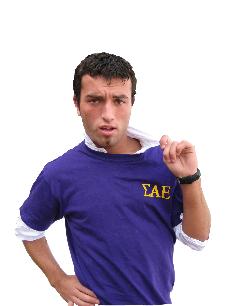 Approximately one month ago, everyone and their dog had their attention turned to Iowa. Everyone from the MTV network LOGO to CNN had reporters crawling all over our great state, interviewing people, asking them if they were caucusing and if so who for and if they weren’t, why not.

Every day, the front pages of “The New York Times,” “The Wall Street Journal” or “The Chicago Sun-Times” was running some sort of new results on the changes in polls in who was leading in Iowa and across the state. Volunteers were freezing their hands off, knocking on doors and begging people to caucus. Those days are now long gone. Once again, people think that Iowa is that great potato state next to Indiana.

One month ago, Senator Barack Obama did something no one thought would happen. He won the Iowa caucuses, and with that came the surprising defeat of Senator Hillary Clinton, someone the polls claimed to be America’s favorite candidate. This upsetting victory caused everyone to wonder who will win the Democratic nomination.

Hillary fired back, playing the “I’m a woman and I cry card,” helping her grab a victory in the New Hampshire Primary.

After that, its been a back-and-forth battle between the two leading candidates, leaving us at a two-two tie after Hillary’s humiliating defeat in South Carolina. Now, all eyes are turned to Florida, who will hold its Primary, along with 23 other states on February 5, also known as “Super Tuesday.”

All this talk about politics and all the debates on healthcare, Social Security, education, the War on Iraq and abortion has gotten annoying for many. All the television ads, phone calls, and mailing items have caused many Americans to get exasperated, give up and throw their hands up and shout “politics suck!” These messages may lead you to think all politicians are liars, and that it’s a waste of time.

How can you not care about your government? These are the people who decide how much we get paid, if we have the right to freedom of speech, an education or to have a child or an abortion. These are the people that can help fix our decaying school systems, strengthen the fight on poverty and decide the legal drinking age.

Now is the perfect time to start caring about the future of our country. Now is the opportunity for every man, child, woman and teen to make their voice heard and help make a difference. Now is when people are listening and we need to take advantage of that.

People say their voice doesn’t matter and that one vote doesn’t make a difference. Well it does.

The reasons “our government sucks”-including insider trading, crooked cops and poor health care– are because we’ve let it happen. People have sat back and said “well, I can’t do anything about it” for too long.

If you quit sitting back and just giving up, and get up off your butt and do something it can and will change. If everyone started to go out and vote or wrote letters to their congressmen or rallied for the causes they believed in, people will begin to take notice and realize they can’t get away with it and we can have a country we’re once again proud of and have faith in.

So, yes, long gone are the days when people cared about Iowa and who we wanted to see as the next President. But the days where we can make a difference are still here and its time to take advantage. Besides, anyone you support in this upcoming election can’t be any worse than president we’ve had the last eight years.