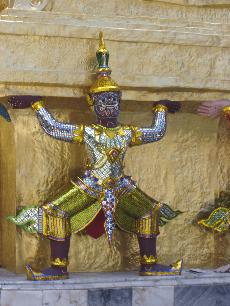 Beginning in spring 2009, Thailand will join the London, Schorndorf, and Spain semester abroad programs and is the first program set in the developing world.

International Education Coordinator Jay Wilkinson said Simpson wants to increase the number of semester abroad experience programs. The first new program that has been approved is the program in Thailand.

“In terms of semester abroad, [Simpson] wants to increase study opportunities in the developing world,” Nick Proctor, associate professor of history, said. “This proposal is an excellent example of how that can be done in an engaging and affordable way.”

According to Lora Friedrich, associate professor of sociology, Simpson’s administration has been interested in re-evaluating and adding to the international programs at Simpson. A study abroad task force met this past fall to look at international education at Simpson. The task force’s recommendations included looking at creating programs in the developing world.

“Thailand, specifically, was brought up because we’ve had a number of very successful May Term trips to Thailand,” Friedrich said. “There have been six student trips to Thailand and they have always filled up and there has been a waiting list so we used that as an indicator of interest. Also, I was a Peace Corps volunteer in Thailand so I have a lot of love for Thailand, but apart from that I have a lot of connections so I could make it happen.”

Friedrich said this proposal is set up with an introduction to Thai history and culture. The foreign language competency is also built into this program. Students will take courses in the Thai language during their stay equivalent to more than six hours of credit for the completion of Thai I and II.

The next course would be an immersion course in Buddhism that would be taught by a professor in Thailand during which students would spend some time in a monastery.

The last section of this proposal was created so students could get credit in their major area. Students would have the opportunity to complete some sort of service learning, internship, or a research project that would count as an elective in their major.

“The really cool piece is that we have matched the May Term with the semester abroad program,” Friedrich said. “The students who have been there for the semester will be matched with the students coming for May Term and that allows you to go from being this scared novice in the developing world to a practitioner of cultural competency.”

There will be an informational meeting next Thursday, Jan. 31 at 12:30 in Great Hall. Friedrich, Wilkinson, and a representative from financial assistance will be there to help students learn more about the program and what they need to do if they’re interested in applying to spend a semester in Thailand.

Friedrich notes the Peace Corps has three goals, one of which Friedrich believes is directly related to the Thailand trip.

In addition to the Thailand trip, there are a few other changes to the study abroad program. According to Wilkinson, the Australia trip is not ending but the cost has gone up substantially.

“If students want to pay for the cost of going to Curtin University, they can still do that but the cost has doubled essentially,” Wilkinson said. “It’s still open to students but is now cost prohibitive to students. Curtin has just increased the cost to Simpson substantially. Part of this is due to the declining value of the U.S. dollar. In all parts of the world, the U.S. dollar is worth less and less. It costs more dollars to pay for something in a foreign currency.”

Wilkinson said Simpson is finalizing an agreement with Krosno State College in Poland. During the fall semester, two students from KSC will come to Simpson College and two Simpson students will have the opportunity to study abroad in Krosno for the spring semester.

“Krosno State College is particularly interested in students that would be interested in teaching English,” Wilkinson said. “They have an English-language program that they would love to have teaching assistants for. This would be another semester-long opportunity that is brand new that we hope to launch this next year.”

A study abroad forum will be held on Feb. 5 from 7-8 p.m. in Camp Lounge. The forum event will feature faculty members and students who have lived overseas. The panel will share their perspectives and insights into what it’s like to study abroad.