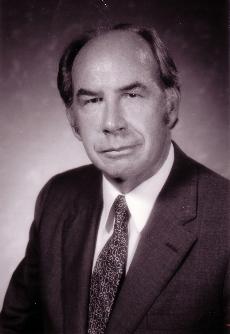 Allison Ullmann and Sarah Keller Staff WritersRobert McBride, who served as president of Simpson from 1979 to 1987, died on Saturday, Jan. 19. McBride, a well regarded president of Simpson, is credited with turning the college around and has left a lasting impact on Simpson’s campus and education system.Fred Jones, professor of sociology and criminal justice, believes that as a president, McBride had a significant impact on Simpson College.”I cannot think of a president in the history of the college since I have been here… that had more of an impact on the academic environment and on the quality of education for students and on the quality of the working environment for the faculty,” Jones said.According to John Epperson, professor of political science, McBride salvaged Simpson from financial troubles.”Bob McBride saved the college, it’s that simple,” Epperson said. “The college at that time had been declining in enrollment for a number of years… [McBride] came in and within two years completely turned that around.”Professor of Economics Francis Colella said McBride pushed hard to raise money for the college.”[McBride] was an excellent fundraiser,” Colella said. “He developed a lot of new resources of income for the college, especially in the area of buildings. McNeill Hall was built during his time here.”Epperson said McBride gained control of the budget and began to go out and work aggressively to start raising money to refurbish buildings and build new ones. During his time at Simpson, McBride helped to fund a new music center and a business building. Mary Berry and College Hall were both refurbished before he retired. According to Colella, McBride was very influential in recruiting new students.”We can also credit McBride’s leadership with the near doubling of the student body of Simpson College,” Colella said. “When I came in 1977, we had about 750 students, and now we have about doubled that number. Most of that increase came as a result of McBride’s leadership.” Colella said McBride helped develop requirements for a new curriculum.”I think beyond a shadow of a doubt that Bob McBride was certainly the strongest leader because he was a leader in every faze of the presidency,” Colella said. “McBride provided the leadership and the drive to get a new curriculum put in.”Another area McBride helped fund was the McBride Lecture series. Brian Steffen, professor of communication studies, said the McBride lectures, named after the former president, were created to bring a high-profile figure to campus.”McBride created an endowment for this lecture that we do every fall when he retired from Simpson,” Steffen said. “The McBride Lecture was designed to create a mechanism at Simpson where we could bring a major figure in culture, politics, the media, or the arts to campus to interact with the students and the community and to give a high-profile lecture.”According to Epperson, McBride left a lasting legacy for Simpson College.”There is virtually nothing about this school that at one level or another doesn’t depend on the level of work that [McBride] did,” Epperson said.