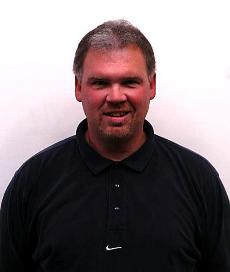 Brian Niemuth, head women’s basketball coach, is already the winningest coach in school history of the sport, but he has recently seen his stock rise.

After finishing his 21st season by leading the lady Storm to a school-record 27 wins, sweeping the Iowa Conference regular season and tournament titles and earning the school’s eighth overall invitation to the NCAA Division III Tournament, Niemuth has picked up a couple more awards to add to an already-stacked trophy case.

Niemuth was chosen as the 2008 IIAC Coach of the Year as well as one of eight 2008 Russel Athletic/WBCA Regional Coaches of the Year. However, he pointed out the major role his players played in him receiving the awards.

“You know you have a good group of players when that happens,” Niemuth said. “They accomplished a lot.”

After a year of playing baseball and participating on the basketball practice squad at Division I University of Missouri, Niemuth transferred to NAIA Park University in his hometown of Kansas City for the opportunity to play both sports. He went on to become an All-Conference basketball player and honorable mention All-American baseball player. When he finished at Park, there was no question what he wanted to do next.

“I knew when my playing days were over that I wanted to stay involved in athletics,” Niemuth said.

He eventually found his way to Simpson in 1986 as an assistant women’s basketball coach. That didn’t last long as he was named head coach the following season. On top of running his own program, Niemuth also served as an assistant baseball coach on John Sirianni’s staff, who was also the athletic director who hired him.

“I learned a lot from John, how to run a program and do things the right way,” Niemuth said.

Since coming to Simpson, Niemuth has been a member of the faculty as a physical education professor and served on several administrative positions in the Athletic Department.

But 10 years of baseball was enough for Niemuth when he realized that in order to put together the type of winning program he dreamed of, he needed to focus all of his time on the needs of his basketball team. His career record is 388-168.

“It’s fun and challenging to keep the girls motivated and focused on the team,” Niemuth said.

Niemuth’s players refer to him as a player’s coach, because of how he treats them, as well as his laidback style and approach to the game. But that doesn’t mean he doesn’t take things seriously.

“He truly cares about his girls and they know that,” Nicci Whalen, instructor of physical education/assistant athletic trainer and one of Niemuth’s former players, said. “The respect goes both ways and they want to work hard for him. He also has a good sense of humor and I think the girls enjoy that.”

Whalen played for Niemuth from 1993-1998 and is now a member of his staff as the junior varsity coach. Her experience working with him has been just as satisfying as it was playing for him.

“Learning from him in terms of recruiting and X’s and O’s has been a lot of fun,” Whalen said.

Catherria Turner, assistant coach and diversity recruiter, just completed her first year on Niemuth’s staff, but she has seen the same qualities that make him a successful coach.

“In order to be a good, successful coach the players have to buy into the program,” Turner said. “He has the ability to make the girls know he really cares about them.”

Turner has picked up several tips from working with Niemuth, even after only one season.

“You can’t help but learn and just absorb everything,” Turner said.

Records set and Coach of the Year awards aside, Niemuth will remember this special season in one specific way.

“I never had one player come in to complain about playing time,” Niemuth said. “They were all too focused on winning.”