Respect the organ from whence you came 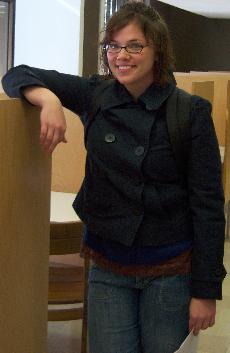 “Let’s just start with the word “vagina.” It sounds like an infection at best, maybe a medical instrument: ‘Hurry nurse, bring me the vagina!'” (The Vagina Monologues, Eve Ensler).

As we wind down Women’s History Month here at Simpson, I hope you will all take a moment to consider the vagina. Say it with me: “Va-gi-na.” Vagina.

Vagina is not a dirty word, though it is not often a popular choice in casual conversation. “So, uh, how’s your va-jay-jay?” is not a question that is often uttered in most circles. Perhaps it should be.

For such an amazing organ, without which, none of us would be here, the vagina gets an astonishingly scant amount of attention.

Women just don’t talk about their vaginas-what their vaginas have seen, experienced, or survived. It’s a veritable vagina-chatter wasteland around here. Well, lucky for all of you, your days of vagina deficiency will soon be over.

Simpson College will soon be supporting, for the second year in a row, a production of The Vagina Monologues, both Friday and Saturday, March 28 and 29. Both performances start at 7:30 p.m. and will be held in Camp Lounge, with a suggested donation of $5.00.

The production is hilarious and touching, at times somber and often provocative. The goal of the show is to raise awareness about women’s issues in every demographic and to generate funding for local projects, in our case, Project OASIS.

Project OASIS is Indianola’s Domestic Abuse Service Center. It provides services to women in Warren County who have found themselves in difficult and often dangerous situations, giving them a place to go for much-needed assistance.

Before and after each performance, members of Sophia, Simpson’s feminist organization, will be selling buttons, bumper stickers, T-shirts, DVDs and posters to help raise money for the shelter. There will also be a silent auction each night featuring artwork created by campus artists as well as donations from local businesses.

I hope you will all come out for the show, support friends who are performing, give a little money to a good cause and do your part to help end violence against women! See you there!