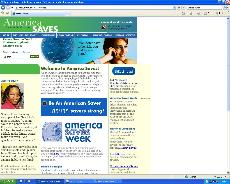 A group of seniors in a corporate communications senior seminar class are hoping their ideas will be used as part of a new campaign to help Iowans save money.

The “Central Iowa Saves Campaign,” sponsored by The United Way, was recently launched as a way to help people living in central Iowa keep money and save it.

“I learned about it when I contacted United Way for a ‘real world’ project for my students to work on,” Julie Summers, assistant professor of communication studies, said. “It’s a way for people to say, ‘Yes, I want money.'”

Representatives from United Way visited Summers’ corporate communications senior seminar class to talk about their campaign. Students in the class were then split into different “advertising agencies” and tasked with coming up with different campaigns for encouraging people to join them.

“They’re trying to get people to enroll in a savings program where each person will have their own ‘savings program,'” Summers said.

Senior Megan Lucas said those who present the best campaign will have a unique opportunity.

“We present our ideas to the client [United Way} and some of them might actually be implemented,” Lucas said.

The campaign, according to senior Melanie Carlson, is already underway, and they are planning on launching a Web site fairly soon.

Carlson described what her group’s ‘agency’ has been doing.

“My agency has conducted secondary research and just completed part of our primary research with a focus group,” Carlson said. “We are getting ready to plan the communication tools and tactics to reach our target audience. My particular agency is focusing on private college seniors but the class and the United Way are focusing on Central Iowans as a whole.”

Although Simpson is helping out with the campaign, they are not sponsors themselves of the program, according to Summers.

“It’s a United Way-funded program,” she said. “I just served as the link between the students with United Way.”

Participants in the project agree that this is a program that should be taken advantage of.

“The project is a great opportunity for me and my classmates to actually work in a real world situation,” Carlson said. “We have the opportunity of working directly with the United Way of Central Iowa. It is a great experience and I will benefit from it in the future.”

Lucas said she believes college students should consider taking part in the campaign.

“I think it’s great because of everything that’s going on in the economy,” Lucas said. “It’s not something we [as college students] think about on a daily basis with saving for retirement.”