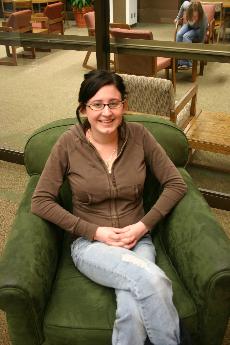 For students like junior Rhea Purvis, the addiction to smoking has been difficult to overcome. That is why Purvis hopes to start a new group, Smokers Anonymous, to help students overcome their addictions.

The goal of the group is to be a support system for people who are trying to quit smoking.

“The emphasis of the group will be awareness and personalized quit plans,” Purvis said. “It would be a place to come figure out how to stop in the near future.”

According to Purvis, the group is not meant to be judgmental. It is a place for students to come together and get the support that they need to help stop smoking.

“I don’t like judgment,” Purvis said. “That’s not what people want, and that’s not what they’d get. It won’t be a lecture. Each member would be hooked up with a friend who doesn’t smoke. That person would be there for encouragement and to talk to during a craving.”

Purvis sent out an e-mail earlier in the semester of plans to start the Smokers Anonymous group. She said she has received 10-to-12 responses so far, a majority of those being non-smokers.

According to Ellie Olson, director of counseling services, a Smokers Anonymous group would be very beneficial for Simpson. Olson is proud to see a student taking the initiative to develop this group.

“I think student-led groups can actually be quite powerful because I think more than anything it is about the support,” Olson said. “More groups like this would be great if people saw a need for it”.

According to Olson, if this group were to get started, she would play the role of a facilitator. Olson would be another person for support or a person to provide information for the group.

Though Olson has not had any direct experience with a Smokers Anonymous group before, she has been involved with substance abuse groups in the past.

“I have worked with people individually who are dealing with addiction, so I could speak on some of those pieces of things if the group were to develop,” Olson said. “I would come in and offer support to people and offer some information about some of the struggles that people have to overcome.”

It could be getting harder for college students to find places to smoke, as well. Currently, Simpson students are able to smoke on campus, but not in buildings.

Additionally, the University of Iowa put into place a campus-wide smoking ban last month, making the the school the first public university in Iowa to enforce such strict rules on smoking.

In February, the Iowa Senate passed a bill that would ban public smoking statewide. Restaurants and bars are among the list of places smoking would no longer be allowed.

Before the smoking ban can be enforced, the bill must also pass in the House of Representatives. The House proposed a similar bill that would exclude casinos from the ban.

Sophomore Andrew Hesson said although he chooses not to smoke in restaurants out of respect to other diners, the decision should be left up to business owners.

“I don’t think the state should get involved,” Hesson said. “The owners should get to decide what goes on in their establishments.”

Some legislators argue that the purpose of the ban is to promote good health for those who work in such establishments.

Junior Erin Hoversten, who currently works at two restaurants, would like to see the bill passed.

“At Legends [Bar and Grill] we have smoking and non-smoking sections, but it’s not separated by anything more than a wall,” Hoversten said. “When I don’t feel well, I really hope I work on the non-smoking side because inhaling it just makes my symptoms that much worse.”

Purvis is opposed to the ban because she thinks it will alienate those who do smoke.

“I think even all of the discussion of a ban is putting a stigma on people who smoke,” she said. “Smoking doesn’t make us bad people. If someone near me asked me to put it out or move, I would.”