Keys to the future may unlock new perspective 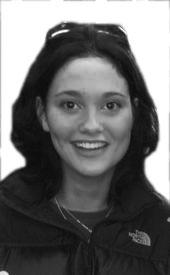 Last week, I left the Simp lab in the middle of the day on a Monday–a sin for any newspaper editor–but I forgot my cell phone in my car. I zipped out to the parking lot, grabbed the device and locked my car door. Hearing the high-pitched robotic beep, I was satisfied the vehicle was locked and I could head back into my “cell,” also known as the newspaper lab.

A strange thing happened when I reached the doors of McNeill. I actually tried to use my car’s auto-unlocking device to will the doors open. Now, were the doors locked at all–if they were, would this remote have made a bit of difference? No. But in the moment of my mistaken attempt at entry, I drew some interesting parallels.

For the past decade, my life has been about timed entries and exits. From middle school to high school and then on to college, while there has been some change in scenery and obstacles, each transition has had at least some semblance of order and a fair warning of what method it takes to unlock each entrance.

During the past year, I have had the privilege of working with a great group of people and producing a tangible product that has challenged me every single week. There has been stress, but also a great sense of accomplishment, at the work that comes out of this lab from the talented people who give of their time and talents to make it happen.

Now, at the end of my college career and my tenure as editor of “The Simpsonian,” I am on the verge of exiting what has been a very defining part of my development as a person and as a future professional. What I’m not able to determine is what form of entry my next passage will take.

Up until now, things have seemed pretty straightforward, but now the options seem pretty endless, not to mention overwhelming. I have chosen to enter a profession that is seeing a rapid transformation into the technological realm, falling prey to budget cuts across the board while struggling to redefine itself.

Outside of journalism, the world is a scary place to try to employ yourself in right now. Up until a few months ago, I thought a recession was simply something that happened to balding men. Now I know that it is a very real element of our economy, impacting currently-employed Americans and soon-to-be college graduates alike.

I’ll be perfectly honest when I say it’s very frightening to feel more like MacGyver than a job hunter when scanning the pages of job ads on the Internet. Still, as I exit one venue and prepare to enter another, I know that I may have to try a few different keys, or even knock on a few doors, before I get to my next destination.