Dual athlete of the week honors for Reis, Host 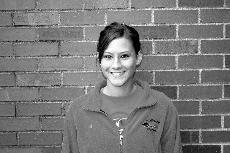 Simpson athletes earned twin Iowa Conference Athlete of the Week honors for the week ending March 16, one in the men’s division and the other in the women’s.

“I was surprised because I didn’t know there was such a thing,” Host said of receiving the honors.

“I was pretty surprised,” Reis said. “I didn’t find out until a friend from Luther told me.”

For the week, Reis hit a strapping .533 with 8 hits in 15 at-bats while helping the Storm to a 4-2 record at the RussMatt Greater Phoenix Invitational. He belted two doubles, one home run, eight RBIs and scored five runs, as well as topping it off with a perfect fielding week as he handled all 35 chances that came his way.

“Jesse is a solid defensive player and capable of putting up good numbers on the offensive side,” Blake said. “Honestly though, the home run was a surprise.”

The honor received by Reis this spring was a product of winter work.

“I took extra cuts over the winter starting in December,” Reis said. “It has played a major role in how my swing is.”

Even if it was a surprise, the award still meant a lot to him.

“It’s an accomplishment and something you always dream of as an athlete and strive for,” Reis said.

Blake thought Reis was well-deserving of the honor.

“As the numbers state, Jesse had a great week,” Blake said. “He made every play defensively and came up with several clutch hits for us.”

Which brings us back to that surprise home run, where Reis was facing a 2-2 count as the pitcher threw him a curveball.

“I didn’t swing overly hard,” Reis said. “I knew I hit it pretty well but it would be pretty close. I rounded first and the ump signaled home run.”

As for Host, her week consisted of hitting a healthy .625 average on 20 hits in 32 at-bats, aiding the Storm to a 7-3 mark. She knocked in eight RBIs, two doubles and six triples on top of scoring 11 runs at the Rebel Spring Games March 8-15.

“I’m slapping a lot more this year and just taking advantage of where the coaches are playing me,” Host said.

Host broke the school record for most triples in a season when she recorded her eighth during her honors-worthy week. She was even waived to home on two hits in which she was thrown out at the plate, taking away two more possible triples to her still-counting record.

As a sophomore, she is eager to maintain the success she is having at a young point in her career.

“It’s exciting because I’m still young,” Host said. “But I just need to keep going and stay focused doing what I’ve been doing.”

The players of the week have twin trophies and twin views that baseball and softball are still team sports. Both athletes understand there is no “I” in “team.”

“We’re not focused on personal stats,” Host said. “We just need to keep playing together as a team and not let anything get between that.”