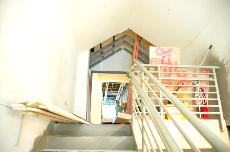 Returning students may have noticed some changes in the Hawley Academic Resource Center if they have stopped by since the beginning of school year.

Now located on the third floor of Dunn Library, students can not only visit Hawley for assistance, but they may also stop by Student Support Services, which was previously located in the BSC.

The facility now has two testing rooms, three offices, and a computer lab. According to Kara May, assistant director of Hawley Academic Resource Center, she is happy with the additions.

“We might have lost a classroom space but we have gained three people to work with and other groups of students,” May said. “We have dedicated testing rooms which will be helpful since more of the spaces have been dedicated to certain areas instead of having a big classroom.”

There are several reasons why Hawley and SSS joined together in the same area. According to May, one of those is due to increased demand for office space.

“Simpson has been growing over the years, and space has become a huge commodity for everyone around here,” May said. “I believe they needed some space for some new people coming on board, and it looked like a good marriage between the two offices to come together.”

According to April Goers, director of Student Support Services, another reason for combining the two offices together is due to the fact that both offices deal with a lot of the same students and handle the same issues.

“I think the main reason is that there is a lot of cross-over in what our two areas can provide students,” Goers said. “We are a department of a grant program so we can only serve 160 students max, and a lot of our services are aligned or pretty similar to the services that Hawley provides.”

Many of the Hawley student tutors were unaware of the changes occurring over summer break until they arrived back for work at the beginning of the school year. They were, however, upbeat about the project.

Senior Andrea Seehusen, a writing tutor for Hawley, is pleased with how the new set-up functions.

Seehusen also said she enjoys the fact that there is no longer a large classroom, which often offered distractions due to the amount of traffic going in and out of the room.

“It will be kind of nice to go into one of the offices or [testing] classrooms,” Seehusen said.

Not only do the tutors have a positive view on the new space, but the faculty also has an optimistic outlook on their new working environment.

According to May, change is often hard to cope with, but in this case it is a good thing.

“Anytime you have change, it’s always hard to move with it, but I like how the space looks,” May said. “I think they did a great job with the renovation. It makes sense to have Student Support Services over here as well because we do cross with certain students and certain programming, making it easier for us to talk to one another and coordinate some of those things.”

Although Hawley and SSS resources are located in the same area, both will continue to offer the same services as in previous years.

“We still offer all of our same services, and I think that it’s going to be nice that there is a lot of staff up here to welcome students,” Goers said.

According to May, the staff sees endless possibilities for the upcoming year with the merged locations.

“It’s definitely a positive thing, and we are going to make the best situation out of what we have,” May said. “I think that there are just a lot of really good things that will happen from it.”