“Waiting on the World to Change?” Hardly. 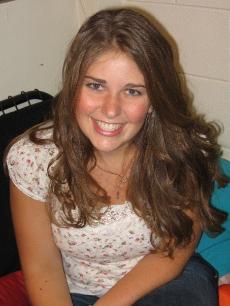 by Sarah LefeberEditor in Chief

Everyone remembers where they were on Sept. 11, 2001. I’m sure we can all recall where you were, who you were with, even what you were wearing.

For most of us, we spent the day sitting in a classroom with all of the people we had grown up with since kindergarden, watching the events unfold before us live, half a country away. We were powerless, sitting in our desks, our books for the day still unopened.

But the fear I remember seeing on my teacher’s faces that day was not one for the the nameless victims throughout the country. It was for their families. It was for their neighbors who had a relative in New York City. It was for us. This moment would define our future.

As I went on to college, however, the blow of the day softened. We somehow came to live with the fear, even accepted that the world was too big for us to comprehend, let alone change.

I spent many classes struggling with the fact that the country I was taught was infallible is actually extremely flawed, from the government official that makes us ashamed to the racist students that leave us astonished.

But here’s the thing. No one that is going to fix our country for us. The past few generations before us have certainly let us down when it comes to standing up for what’s right. Heck, people barely watched the news in the ’90s. Seeing that kind of generation-wide apathy certainly makes it easy to do the same.

Sure, America’s past has taught us how to fight for what we believe in when we see something is wrong. But what has our generation done with the knowledge?

Yes, the world would like us to think that raising questions and asking for answers is somehow unpatriotic. But in my 21 years of experience, loving something enough to fight to make it better is never wrong.

Our generation is young and we have been through a lot. On that day seven years ago, we could feel the fear we were about to live in. We could feel the hate coming through the screen as Osama Bin Laden’s photo was burned into our collective memory. But we also saw the kid in class crying as he or she watched and the one person reach over and give them a hug.

I’ll admit changing the world is going to be tough. But trying isn’t going to be nearly as hard.