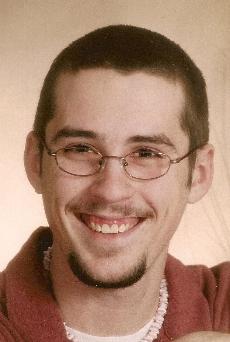 Senior Justin Garibay, 23, passed away on Tuesday, Sept. 2, in his off-campus apartment in Indianola due to what campus officials state as a long-standing health condition.

Garibay was a 2002 graduate of Cedar Rapids Kennedy High School in Cedar Rapids, Iowa before attending Simpson. He was an education major scheduled to graduate in Dec.

Friends and co-workers described Garibay as being one of the most thoughtful people they knew.

“He was seriously the most beautiful person you could meet,” Rotert said. “He was caring, loved to give people hugs, listened to whatever you had to say, and he loved smiling.”

Rotert recalled they used to tease each about their different interests in baseball teams.

“There was one day I came into work, and he’s wearing his Boston Red Sox hat,” Rotert said. “I’m a Yankees fan so we teased each other, and every day after that he wore the hat when he saw me. I’d keep my hat on me and whip it out whenever I saw him.”

“There were times he would give hugs, say, ‘Hi buddy!’ and run away before you could hug him back,” Rotert said.

Junior Nick Fortune first met Garibay through the Breakfast Club, a campus service group that travels once a week to Des Moines to share breakfast with inner-city school children.

Fortune described Garibay as a quiet person but someone you could talk to.

“Once you started a conversation with him he was really nice,” Fortune said.

Garibay was involved with different organizations across campus, including CAB and RLC programs.

Rich Ramos, assistant dean of students, worked with Garibay through CAB. Ramos described Garibay as being dedicated to the activities he was a part of.

“He was very hard working and always did whatever was asked of him, and it was much appreciated,” Ramos said. “You knew it was coming from the heart.”

“He was someone who was passionate about what he believed in,” Gafford Asmus said. “He was very dedicated to the Breakfast Club and helping those kids. On behalf of the RLC community, we appreciate his dedication and service.”

Not only was Garibay involved with campus activities, but he was also employed by Sodexho and worked at the Storm Street Grill in the BSC and Pfeiffer Dining Hall.

Stairs noted that Garibay was always willing to work more hours if necessary.

“I told him once, ‘If I asked you to work extra, you know you can say no,'” Stairs said.

According to Stairs, he will be missed greatly by his friends and co-workers.

In memory of Garibay, there will be a service on Thursday, Sept. 18 at 8:30 p.m in Smith Chapel. Anyone wanting to express their sympathy is welcomed to post a message on Reiff Funeral Home’s official website at www.reifffuneralhome.com under the link titled “Obituaries.”

For those seeking support in coping with Garibay’s death, Simpson offers counseling services and may be contacted at 515-961-1556.