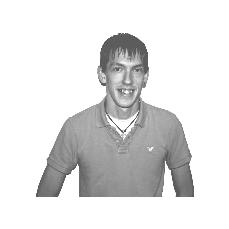 One night I was reading through my numerous news feeds online looking to see what was going on in the world. It’s something I frequently do when I’m bored. I looked through all my typical feeds: the Des Moines Register, the BBC’s latest world news and even a Spanish newspaper I read while abroad last spring.

But when I got to the New York Times, there was one article that caught my eye. It was an article on texting and the use of mobile phones, and it appeared to be one of several that came in the aftermath of that commuter train accident in California that killed 25 people.

According to the reporters, Jennifer Steinhauer and Laura Holson, texting has become a mainstream activity for many Americans. We text in class, we text for radio station contests, we’ve even started texting for political campaigns (Barack Obama sends campaign updates via text messages to millions of Americans).

Steinhauer and Holson also wrote that texting has become so mainstream, and such a big part of our lives, that the act is starting to affect important aspects of our everyday lives. People are so preoccupied with texting in today’s world that they are texting while walking down the street without watching where they’re going. This means that they’re walking into parking meters, signs and even into busy intersections without so much as looking up! And now, people have started texting while they drive.

I’d care to bet that Americans are not the only ones guilty of this bad habit that has developed, and I’ll be the first to admit that I’m guilty of doing all those things (aside from walking into parking meters and signs). But, thankfully, it’s a habit I’m trying to break. I’ve become good at texting, so I don’t have to stare at my phone to send an entire message. So I look up quite often, and only occasionally walk into an intersection. And people that text me while I’m driving normally get a phone call in response.

The Times article goes on to include statements from several other people, including technology forecaster Paul Saffo, who works in Silicon Valley. By this point, you’re probably asking yourself, “Why is he writing this column?” Well, I’ll tell you. Saffo said in the article “the act of texting automatically removes 10 I.Q. points.”

When I read this statement, I was outraged! I couldn’t believe this forecaster would make such an outrageous statement. Is it even possible to measure whether or not I.Q. is diminished with every act of texting?

Let’s say, just for fun, that Saffo’s statement is true. Today alone, I’ve sent over 30 text messages. That means, theoretically, my I.Q. is diminished by 300 points. The average I.Q. of a normal person is 100 points. After subtracting for the amount of texting I’ve done today, my I.Q. would be -200. If this were true, how could I be writing this column? How am I even in college?

Obviously my I.Q. isn’t that low. And I don’t believe for a second that the act of sending a text message can lower my I.Q. by 10 points. So here’s some advice for everyone: Watch what you’re doing when you send that next text message. Maybe then we can avoid issues like this, and the technology forecasters won’t make crazy assumptions.