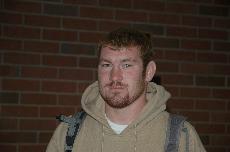 This year’s Storm football team has an opportunity they have been waiting for. Throughout the entire spring and late summer they have been pouring their lives into being on top.

Currently they are in the hunt for a conference championship. The road won’t be easy though. In order to do so it would require them to win out, along with the aid of some crucial losses from other teams in the conference.

Their current position in the season has been aided by a few helpful factors. This season the team has managed to stay healthy for the most part, according to Legrand Bien-Aime, junior wide receiver and kick returner who is currently third in line on the team’s all-purpose yardage list with 374 yards and a 62.3 per game average.

“This year has been the best year of my college career on teammates staying healthy,” Bien-Aime said. “We haven’t had a bunch of season-ending injuries, just a few more minor ones.”

One of the many players that have stepped up this season for the Storm has been senior running back Adam Reutzel, who eclipsed the career rushing record here at Simpson against Wartburg. Not only has he provided physical numbers for the Storm but he has also offered an incredible amount of leadership to the team in leading by example.

“He’s extremely coachable, hard working and has a great attitude.” Head coach Jim Glogowski said. “He’s a great example for the other players because he may not be the biggest or the fastest, but hard work puts him above and beyond the competition.”

Reutzel’s determination has made him a force to be reckoned with in the offensive rushing attack, but he has also made some great strides with his aid in the passing game. His development as a running back has grown this season in Glogowski’s eyes.

“Not only is he learning to read his blocks better over this season, Adam is doing a great job of blocking and is just as important to us in that aspect as in his rushing attack,” Glogowski said.

So far the numbers don’t lie for Reutzel’s performance as a senior. This season Reutzel has carried the ball 142 times for a rushing total of 861 yards. The senior holds a rushing average of 143.5 yards a game with a long of 69 yards. He has also accumulated eight touchdowns over this season on a 6.1 yard per rush average. Reutzel was named the IIAC Player of the Week back in September in the game against Luther and was also selected to the d3football.com Team of the Week. During the game he tore up the Luther defense for a total of 209 yards on 23 carries for two touchdowns.

But there’s one key factor for Reutzel’s rushing accomplishments that is greatly overlooked. It’s not his blazing speed or great ability to spin off linebackers for the extra yard. It’s the big boys that he gets to duck and dive behind until he finds the hole that he wishes to conquer, the offensive line.

“I think the guys are very motivated by his success,” Offensive line coach Kevin Ferguson said. “We have just begun to scratch the surface as an offensive line unit of what we are capable of.”

The humble approach of the O-line may not get the attention of the average fan but they go about their hard work, game in and game out in the trenches.

“I think our entire unit has stepped up so far this season, without any one individual above another,” Ferguson said. “But our lone senior, Kendall Grieme, has improved tremendously and is playing the best football of his career right now.”

As this year’s team improves week by week the games ahead will grow in intensity. Expect some great action from the Storm in the weeks to come.