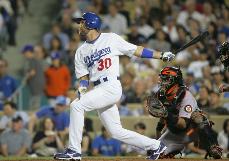 The Simpson College baseball program has a long, storied tradition of excellence and producing quality players. For one group of players, this goes beyond the team; it runs in the family. The Blake family of Indianola has sent two generations of players through the Simpson system.

“Baseball is kind of our family’s sport,” said head coach Ben Blake, who also played for the Storm in 1992. “It’s what we do. It’s the family business.”

Simpson pitching coach Joe Blake Sr. was the first of the two generations to play at his alma mater. Joe Blake Sr. played both baseball and football at Simpson. During that time, he earned All-Conference honors twice, including an Iowa Conference Baseball MVP title in 1971.

“Simpson was one of just a few places that allowed me to play both sports, and it felt comfortable.” Joe Blake Sr. said. “If I wouldn’t have chosen Simpson, I wouldn’t have met my wife and had the kids that I had. It was a fair trade-off.”

The 2009 Simpson baseball season will mark the 25th year that Joe Blake Sr. has been coaching at Simpson.

“Athletics, especially baseball, is a major part of my life.” Joe Blake Sr. said. “Coaching is coaching and playing is playing. Coaching is now as close as I can get to playing the game.”

“Joe’s impact at Simpson is tremendous, “Sirianni said. “His knowledge of the sport is instrumental in the success the program has had. He deserves a great deal of credit. He’s a big part of what’s happened around here.”

In the case of the Blake family, the apples don’t fall far from the tree. In fact, all four of Joe Blake Sr.’s sons have played some sort of professional baseball.

During his time playing for the Storm, Joe Blake Jr. earned All-Conference, All-Region and All-American honors. He went on to play in an independent baseball league in Wisconsin. Sirianni credits Joe Blake Jr. with being crucial to the revitalization of Simpson athletics.

“Joe’s [Jr.] commitment was extremely beneficial in the recruitment of other high school standouts from around the area,” Sirianni said.

Ben Blake also played for the Storm. After transferring in for the 1992 season, Ben Blake earned both All-Conference and All-Region honors.

He went on to play in the Cleveland Indians organization from 1993-1994. He then entered into the coaching world.

In 2004, Ben Blake returned to coach at Simpson and will enter his third season at the helm of the Storm for the 2009 season.

“He relates extremely well with his players,” Sirianni said. “He has also done a great job recruiting, and the program is moving in a great direction.”

Joe Blake Sr.’s other two sons, who did not attend Simpson, had professional careers of their own.

The youngest of the Blake sons, Pete Blake, went directly into the Minnesota Twins organization, though his arm didn’t hold up. Recent shoulder surgeries have forced his retirement. Pete Blake is now a hitting instructor at The Yard, a batting cage in Indianola.

“Pete was probably the best player of the four,” Joe Blake Sr. said. “He has an amazing ability to simplify the game and the swing. It has made him a very effective instructor. His brother Casey says that he’s got his doctorate in baseball.”

Of the four brothers, Casey Blake is probably the most well-known. Casey Blake has played in many different organizations, and is currently playing for the Los Angeles Dodgers.

“It’s very special to see Casey play at that level,” Ben Blake said. “That was the family goal.”

“It’s very humbling,” Joe Blake Sr. said. “He goes about his business and plays the game like it’s supposed to be played. He doesn’t complain, and he is genuine.”

Joe Blake Sr. also commented on how remarkable it was to see his son play on such a large scale with some of the biggest names in baseball.

“He thought that he would hate to play with Manny [Ramirez],” Joe Blake Sr. said. “It turns out that he gets a hug from Manny everyday in the clubhouse. Now he thinks that Manny is a breath of fresh air. It’s great to see your son play for a coach like Joe Torre.”

Joe Blake Sr. is very proud of his sons and players. It radiates out of him.

“I like my kids,” Joe Blake Sr. said. “As a coach, the real joy is seeing that look in their eyes when they’re on the field.”