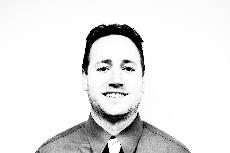 1.) I think everyone should study abroad or out of state at some point in their college career.

2.) Without the support of my family, I’d be lost.

3.) This year’s election is an exercise in ignoring our country’s long-term financial problems.

4.) My all time favorite movie is Office Space. (It’s a classic.)

5.) The quote I live by: “Love your neighbor as yourself.” This is the one that is the most important but the most difficult to actually do.

Kedron Bardwell, assistant professor of political science, is originally from Colorado. He attended Augustana College, a small liberal arts school in South Dakota, where he earned his Bachelor’s degree in both history and political science.

From there, professor Bardwell steered towards Iowa, where he earned both his Master’s and PhD in Political Science at the University of Iowa.

“I had been moving towards the Midwest for awhile,” said Bardwell.

This is Bardwell’s fourth year at Simpson where he teaches classes in American Politics and Public Policy. He lives in Indianola with his wife Rachel and their 13-month-old son Micah. Bardwell’s busy schedule doesn’t offer him much free time, but he keeps his priorities straight.

“What little time I have, I like to spend with my family,” Bardwell said.