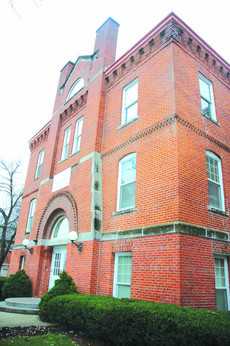 Just months ago, the attic of Mary Berry was extra, unused space. Now, the entire upstairs is renovated and ready for action.

Professor of Psychology Carl Halgren feels the move was necessary for the department.

“It works very well to accommodate the staff that we have, and it makes it much easier for our students to find us if they are looking for more than one of us,” Halgren said. “This also gives this department more opportunity to grow and expand.”

In Wallace there were only four rooms that accommodated the five professors. They were scattered throughout the first, third, and fourth floors and the move to Mary Berry allowed them all their own space for their work.

“Over in Wallace, all of the psych professors were spread out and just not in the same area, except for two who shared the same office,” senior psychology major Kelsey Ubben said. “I think that is why they moved over here after redoing the attic.”

Although classes are still being held in Wallace for the rest of this year and possibly next year, the professors and their offices are now all in Mary Berry.

The renovations to the fourth floor attic of Mary Berry were finished just before the beginning of fall break. Professors in the education department have already begun moving into the open offices in Wallace.

The new fourth floor in Mary Berry Hall now has seven rooms, including offices and labs.

“We now have lab space that was very necessary to do the experiments that should be able to be done,” Skow said. “This move also gets students involved more because of the increase in room for research and experiments.”

Although Mary Berry’s roof slants, occupying space that would otherwise would increase the room sizes, there is still more room than what the psychology department is accustomed to having.

The main shift by the college was the psychology department to the fourth floor, but the renovations allow for the philosophy department and faculty development to be housed there as well. Each department is congregated to their own section of the floor. The elevator in Mary Berry is also available for students and staff to use if there are restrictions for individuals climbing the stairs.