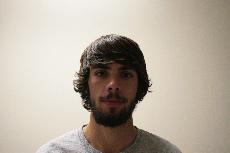 The student-athletes of Simpson College are put to the test of trying to balance school work and sports activities. It is a tough battle in creating enough time for both.

As sports demand more and more time from students, the key is to stay focused on the ‘student’ portion Without the grades, the athletes are not allowed to perform. Without our athletes, Simpson is no longer able to perform at maximum potential.

Recently, one of Simpson College’s student-athletes has been recognized for his hard work on and off the field.

In order to be considered for the award, a player must be at least a sophomore, see substantial playing time and have an accumulative grade point average of at least 3.30.

The right defender from Muscatine hasn’t exactly taken the easiest road to his academic success. Winegard is currently a biology major, but he looks to become a physical therapist after school. His ability to manage his time is what helps him the most.

“When I study for tests I don’t cram it all in a day or two before,” Winegard said. “I like to study over a period of time, even starting a week before works well.”

Although all study habits work differently for certain people, he tries to use his peers in helping him study his material.

“I usually study with small groups of people,” Winegard said. “It helps to hear about a subject and talk aloud instead of just reading over it.”

In preparing for success in school, he has been most influenced by both of his parents. But he has been influenced especially by his father from his hard work on the farm.

“They both want me to be able to do something that I love, which may not contain as much physical work as my dad has to do,” Winegard said.

Working hard will always be something that is mentioned with Winegard.

“In a soccer sense Matt has improved over his first three seasons tremendously,” junior midfielder Corey Miller said. “But along with that he has always been admired for his academic achievements.”

Being a leader is an accomplishment that not everyone can possess. Winegard has managed to be a role model on and off the field, not only to new players, but to veteran ones as well.

“Not only is Matt proving himself week in and week out to the team on the field,” junior midfielder Brett DePue said. “He is pacing the team off the field in how he goes about his school work.”

Winegard has definitely proven himself as an athlete on the field but has also managed to keep the ‘student’ in student-athlete off the field.