From Storm to Barnstormers, Davis, Smith take game to the next level 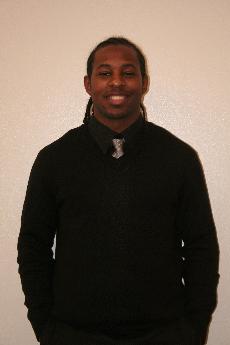 For some, athletic dreams end after college, but for a select few, their college athletic careers are just the beginning.

Smith and Davis both made the 2009 Iowa Barnstormers football team after attending an open tryout on Jan. 10 at Hy-Vee Hall in downtown Des Moines.

Davis started for the University of South Dakota for four years under current Simpson coach Jim Glogowski. Davis later played for the Kansas City Brigade and in the Arena Football League 2 for the Quad City Steamwheelers.

“Davis is a very intelligent and physically gifted player,” Glogowski said. “He was probably one of the better defensive backs I had at South Dakota.”

“Football was something I had a passion for, especially when I had people interested in me,” Davis said. “It keeps you motivated.”

Davis will be playing defensive back for the Barnstormers in the upcoming season and hopes to do well and make it to the next level.

“The ultimate goal is to have a good season in order to help the team do well,” Davis said. “With a good team, there is a better chance of moving up to Arena I football.”

Smith also hopes to see how far he can go with the Barnstormers.

“My skills have gotten better each year,” Smith said. “I’ve taken everything I’ve learned and put it all together.”

Smith said that his drive to continue in football partially came from his success from his last season at Simpson.

“I just want to see if I can go to the next level and have more success,” Smith said.

Smith charted 39 tackles last season, 22 of which were solo tackles. He had one interception, broke up one pass and returned one kickoff for a touchdown.

“At the end of the season, I hadn’t had enough football,” Smith said. “I started to look for opportunities to keep my career going.”

Smith will also be playing defensive back for the Barnstormers.

“Zach’s best football is still ahead of him,” Glogowski said. “He has all the tools. The rest will come with playing experience.”

Both players said the tryout was very low-key. Each player was tested for the 40-yard dash, agility, the broad jump and other position drills.

“There were a lot of guys, pretty competitive,” Davis said. “I was a little more at ease since I had been to a few tryouts before.”

Davis worked with Smith before the tryout hoping to give him an edge, a heads up of what the game at that level is like.

“Both Smith and Davis are bigger guys that can run,” Glogowski said. “I could see both of those qualities as desirable to the Barnstormers.”

Smith owes a lot of his motivation to his coaches at Simpson.

“They gave me more confidence then I’ve ever had,” Smith said. “They gave me the drive to be better with each play.”

Smith will graduate in May 2009 with a degree in journalism and mass communication.

Davis hopes to continue coaching for the Storm and hopefully make it to Arena I football again.