ODK announces Wilson, Dunning & Holloway as leaders of the month 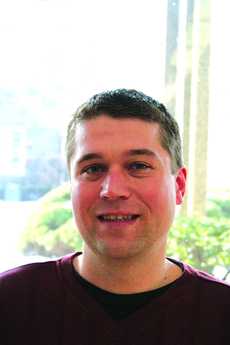 A national honor fraternity at Simpson College is starting a new program that honors some of the campus’s lesser-known leaders.

Omicron Delta Kappa is a national honor society for juniors and seniors who perform well academically and have leadership qualities. The fraternity can be found on 300 to 350 college campuses.

The Laurel Circle of Omicron Delta Kappa, which was founded in 1990 at Simpson, recently named three students as the first to receive the title of Leader of the Month. Juniors Mike Wilson, Casey Dunning and Jim Holloway were named the first recipients of the leader of the month honor.

The program was started by a group of faculty and staff with the intention of recognizing campus leaders.

“We’re looking to find leaders who aren’t recognized as top leaders in their fields, but are doing work behind the scenes,” senior Kendra Frush, president of ODK, said. “We felt as a leadership fraternity, it would be a good project for us to take on.”

Senior Jessica Nims, who is also a member of ODK, said the Center for Vocation and Integrative Learning also assisted in the process.

“Bobby Nalean thought we should start a project to get us more involved on campus,” Nims said.

Frush stated the nominees were selected based on speaking with a number of individuals on campus.

“A committee talked to various faculty, staff and coaches and asked about leaders in the classroom or on the field that weren’t always getting recognition,” Frush said. “All were nominated and voted on by ODK.”

Currently, nominations are not accepted from students. Nims said that there is reasoning behind why this is not done.

“We try not to have students naming random people for the position,” Nims said. “They need to be in contact with faculty and staff if they want someone nominated.”

Besides being named leaders of the month, Nims said recipients will also be honored in other ways.

“We’re in the process of putting photos and bios in the library by the research computers,” Nims said. “The people will also receive a certificate.”

As this is the first time ODK has selected leaders of the month, Nims said they will be observing the process and deciding if anything should be changed.

“This is the first month, and we’re working out all the problems,” Nims said.

Membership to ODK is based on a number of factors, according to Frush.

“It’s a national honor fraternity for juniors and seniors based on GPA and various involvement on campus,” Frush said.

Frush added that the fraternity hopes that this program will grow over time.

“I hope that it will really become a distinction of honor,” Frush said. “Just for students to know their leadership doesn’t go unrecognized.”

“Our organization is very excited about getting the names of the leaders out,” Nims said. “I think there are a lot of leaders on campus.”

According to an e-mail sent out by Nims to the entire campus, Omicron Delta Kappa also hopes that this will inspire others to become involved on campus. It was also stated that becoming a member of Omicron Delta Kappa is “a mark of the highest distinction and honor.”

There are five types of leadership that are recognized by Omicron Delta Kappa. They are academic, athletic, campus clubs and religion involvement, fine arts and communication.

“The group is for outstanding students in these areas,” said Jim Thorius, dean of students and vice president for student development.