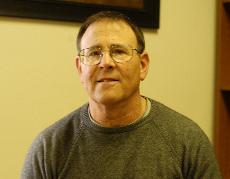 Three Simpson College professors, Frank Colella, Todd Lieber and Mel Wilk, were recently honored with the title of Professor Emeritus after investing a combined 99 years of service at Simpson.

Colella came to Simpson in 1977 in the management, accounting and economics department of business. The Midwest was a change for Colella. He moved to Iowa from New York City where he taught at Case College, St. John’s University and St. Bonaventure University.

Colella stumbled across Simpson by interviewing at conferences and meeting the academic dean, Mel Henderson. After visiting the college, Colella was sold immediately.

“It was a good opportunity professionally for me that represented real growth since the position involved more than just economics,” said Colella.

Colella was a major part of the adult education instruction that developed in the 1980s, which he claimed were fun and exciting as well. He received awards for his adult education teaching twice, along with the 1990 distinguished teaching award.

“I will miss being around and working with young people. I had the tremendous experience to influence lives, which was the joy of the job,” Colella said.

“The thing I really enjoy about him is his sense of humor and his laugh,” junior, Sarah Schlitter said. “He is also very helpful as he wants to see his students succeed, not only in academics, but in life.”

Colella will remain active with research and publication in his retirement. He also plants to spend time traveling with his wife to visit their four children and eight grandchildren.

Lieber has invested the most time at Simpson among the three retirees, taking the teaching position for English and American Studies in 1969. Lieber’s teaching career started at Simpson after graduating from Duke University.

His accomplishments include being a two-time recipient of the Distinguished Research Award, the Fellowship for Fictional Writing Award from the National Endowment for the Arts. Lieber was also named a Fullbright professor by the University of Costa Rica.

Lieber’s retirement plans started early, as he is on Sabbatical this semester. His plans include farming and raising cattle and thoroughbred horses.

Wilk started teaching English at Simpson in 1982. Wilk had previously taught at a variety of colleges including: Southwestern Community College, Iowa State University and the University of New Mexico, but says that his happiest position has been at Simpson.

While at Simpson, Wilk has been an adviser to, “The Sequel” and facilitated the Poets and Writers Series.

At Simpson, Wilk has received the Distinguished Professor Award and the creative writing award. Wilk has enjoyed teaching courses like African and Jewish literature, but he says that the enjoyment of engaging with students will be most missed.

Retirement will allow time for Wilk to continue writing poetry and other works and spend time with his grandchildren.

“I’ve been slowly working my way out of the classroom, teaching half time for the past two years,” said Wilk. “Age changes your priorities.”