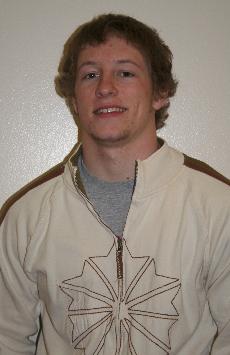 A few months ago Olympic champion Michael Phelps was busy winning a record eight gold medals in the Olympics. Now Phelps has been caught smoking out of a marijuana pipe. On Feb. 1, a published picture of Phelps holding a bong and smoking weed made waves across the internet.

Right now people are making a huge deal out of this one mishap, and eventually it could lead to his arrest. People in South Carolina are being arrested by authorities so they can make a case against the superstar Phelps. In the big picture of life, this really shouldn’t be a big deal.

First off, Phelps is 23 years old. He is a very young adult with all the pressure of the world upon him. Phelps trains all year around and competes regularly against his opponents. Sometimes he just needs to find a way to relax. Marijuana is known to activate the brain to lead to positive feelings. It also singles out repressed pain and relaxes you. Let the kid have some fun with his friends.

Also there have been many superstar athletes who have admitted to using marijuana. For example, one day Randy Moss admitted that he was going to smoke weed the following Friday after an interview. He said it in an actual interview. There have been no criminal charges against him, and he also didn’t get suspended. Yes people were surprised by what he said, but later pushed it past him. It didn’t get the media coverage that Phelps is receiving. So singling out Phelps is unjust and should not be made into such a big deal.

Not only superstar athletes, but a majority of people his age smoke weed and get away with it. There are many teens and young adults that smoke marijuana just like Phelps. The only reason Phelps is singled out is because of his superstar status. Many people say it’s bad because he is a hero to many young athletes. There are many people who look up to athletes who smoke, just like the Randy Moss example. Fans still are crazy about him and their feelings haven’t changed.

Phelps smoking weed isn’t a big deal because in studies, marijuana isn’t that bad for you. There also have been pushes to legalize it. Marijuana is not a lethal drug and is much safer than alcohol. He won’t kill anyone by smoking weed. If Phelps had been drinking and driving, it would be a different story. There he could have seriously damaged an individual’s life. Also, marijuana has many medical values.

One thing that could help Phelps by smoking weed is that it restores your breath to complete fullness. It also brings more oxygen to the bloodstream. These two in fact can help Phelps be a better athlete. Marijuana also benefits Phelps because it can protect the nerves from damage. Thus allowing him to train harder and become an even better swimmer.

So Michael Phelps smoking weed really isn’t a big deal. It is just a media scandal. The media is trying to blow things out of proportion like they usually do because it is their job. So Phelps, relax and be young while you still can.

A professional athlete breaking the law is a big deal. If a professional athlete in any sport is having trouble making Sports Center they should try stealing a car, beating their wife, taking performance enhancing drugs or, in the case of Michael Phelps, take a different kind of drug – reefer.

When I was 10 years old, my idol was Sammy Sosa. I watched him hit home runs, sprint out to right field every day and be the face of the franchise for the Chicago Cubs. It was hard not to be in love with everything Sosa did when you were 10 years old, and I enjoyed watching him very much.

Today, I refuse to believe Sosa ever played for the Cubs.

After the mass amounts of steroid allegations towards Sosa that occurred in the “juiced-ball” era and after he corked a bat in 2003, it all makes sense that he hit 20 home runs in one month alone in June 1998. Sosa was a cheater who did illegal activities.

Phelps has also done illegal activities. His most recent problems were not the beginning of his struggles with the law. In November 2004, Phelps was arrested for driving under the influence. He was 19 years old, which in this country, is not old enough to be under the influence in the first place.

When talking about the first incident, Phelps stated that he thought he let a lot of people in this country down. A few months before the incident, Phelps won eight medals, including six gold, at the Athens Olympics. To me, it was very upsetting that he drove drunk underage and on that day. I lost a lot of respect for Michael Phelps.

Then, the 2008 Olympics came. Phelps was older, more mature, in better swimming shape and set a record after winning a remarkable eight gold medals in Beijing. After this extraordinary performance, I gained back a lot of respect for this former screwed-up kid who grew into an American man, a man that every teenage girl in America wanted to make babies with.

People all over the nation loved Phelps. He got endorsement deals and received enough money that he could take every one these teenage girls on a date to a nice seafood restaurant. He went on talk shows both early in the morning and late at night because he drew the ratings. People all over wanted to see the guy.

Then, the picture happened. Phelps got photographed smoking weed. If you fail to think this is a big deal, ask US Swimming or the Kellogg’s cereal company what they think. US Swimming has suspended him, Kellogg’s took away his endorsement money, and now Phelps is unsure whether or not he will swim in the 2012 Olympics.

Getting millions of dollars that were supposed to go to you taken away is most certainly a big deal.

During an interview, Phelps said he eats somewhere between 8,000 to 10,000 calories a day. Did Mikey get a case of the munchies?

Today, I’m glad I’m 20 and not 10 years old, once again idolizing an athlete that does wrong. If I had a son that was a Phelps fan and saw what he did, I would be devastated by this.

To the dirty hippie that argues back at me, “Hey, weed isn’t that big of a deal man,” I ask you, “Do you have a job?” Because Michael Phelps is having a hard time trying to find one right now.