Dating… or lack thereof, with Drew 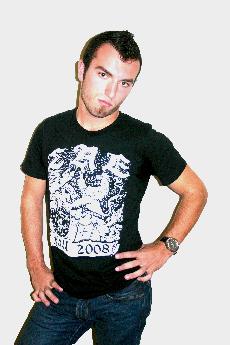 The phrase we hate to hear. It usually follows a break up, but can sometimes be an excuse used when someone tries to find an easy way of admitting why they really don’t want to date us.

I’ve heard that foul five-word phrase a few times in my life, and I’ve always done my best not to use it in return. But during a recent conversation, as I tried to deal with a drunken idiot and explain to him that I didn’t want to hang out or go to dinner; I heard myself use that very phrase, rather than tell him the truth and explain to him that I had no interest because he’s 32, awkward and way too needy.

But it got me to thinking, why do we use, “it’s not you, it’s me” as an excuse; and, does it even count as a legitimate one?

For the time being, I have no interest in dating anyone. And while in the situation with Craig (the drunken idiot I just referred to) it was really him and not me, for anyone else that may for some reason meet me and find some reason to think I’d be decent dating material; I would likely reject their courting gesture. Simply for the fact that right now, I don’t want to take the time to try and deal with someone else.

Take my new friend Paul, for example. We met a few weeks ago and have talked on and off. He’s adorable and a sweetheart and there seems to be nothing wrong with him. While he has told me he has an interest in hanging out and doing that dating thing, I don’t share that viewpoint. And it’s not because I find him unattractive or annoying,. It’s because I don’t want to date, making it a “it’s not you, it’s me” situation.

On the same note though, using that as an excuse could be proved to be illegitimate for the following reason: there is a good possibility that there is someone out there I would say yes to dating. If that happened, that would mean that there was indeed something wrong with everyone else I said no to because they obviously didn’t have the something that made me change my mind, meaning that there was something “wrong” with them that prevented me from being interested in dating them. Making “it’s not you it’s me” an invalid excuse.

With all that being said, I have decided that “it’s not you, it’s me” does not count as a valid excuse.

I don’t think those of us who use the excuse are horrible people. I think that generally when it’s used, we’re doing it in an attempt to be nice because overall the other person is fine, but we just don’t mesh well. But it turns out, the excuse pisses off those who hear it even more than getting told the truth, simply because we know that’s not the real reason and think you probably could have been grown up and told us the truth rather than being a pansy and not giving it to us straight up.

So next time you are getting ready to break it off with someone, don’t be a jerk and use the “it’s not you, it’s me” excuse. Because turns out, we all know that really, even if it’s nothing the other person can help, and in general, they really are great. There actually is something about them we don’t like. So be honest and tell them “it’s not me, it’s you.”