Drinking will not be part of my college experience 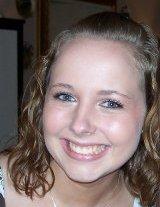 While I understand drinking when it comes to of-age drinking, I don’t necessarily encourage or support underage drinking. Now don’t get me wrong. I have had my fun with alcohol, but that was in high school and if I could, I would definitely change that. Alcohol does so much harm physically and emotionally, especially when you drink before the age of 21, so why do it?

If you’re going to make that argument, I have a suggestion for you. Go on a road trip to Altoona to visit Adventureland, ride the Himalaya all day long, and I can pretty much guarantee that you get some sort of rush, and hey, you’ll even end up with your head in a toilet too with some sort of a headache-all the “fun” of alcohol, only without the killing of as many brain cells!

Now there are those of you who are going to argue that underage social drinking is okay. Okay, so you’re basically saying lets go hang out with friends and drink (but only get buzzed and not drunk) because that’s the “socially acceptable” thing to do. Is alcohol the only way you can have fun with your friends? Do you need to be under the influence in order to enjoy the company of your peers? If that’s the case, perhaps you need some more entertaining friends.

Whatever your argument is, I can almost guarantee I can find another way to get that argument. Yes, I’m not na’ve and I realize how many of my friends drink, but that doesn’t stop me from being friends with them. I choose not to drink because I don’t need alcohol to have fun, and I don’t like what alcohol does to my body, nor do I like the side effects. My friends are fun and awesome people when they’re not drunk, so why shouldn’t I be friends with them? Granted, I don’t go out with them when they’re getting drunk or being “socially acceptable” but I do always tell them that they can call me if they need someone to drive because they’re smart enough to not drink and drive.

Once you reach the age of 21, far be it from anyone to stop you from going out, downing bottle after bottle, and praying to the porcelain Gods for the rest of the night. If you feel the need to go out and be “socially acceptable” and drink to enjoy the company of your peers-have a good time. Just be intelligent enough to have a designated driver if you’re intoxicated-you can make your own decisions, but other people don’t need to be put at risk because of those decisions.