Seniors try to figure out ‘What’s next?’ 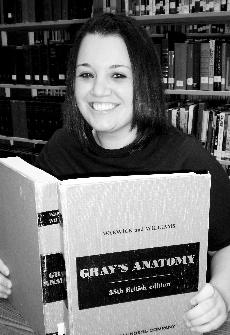 The students in Simpson College’s class of 2009 will walk across the stage in Cowles gymnasium on Saturday, May 16, but for many, the main question on their minds will be, ‘What’s next?’

Job searching is likely not farm from their minds.

Now, as the semester is winding down and graduation is only weeks away, it is crunch time for both finding a job and learning what life is like outside of Simpson.

Senior Logan Edel started his job search process last fall when he signed up for the iCorn (Iowa College Recruiting Network) interview day. Edel found out about the event through Simpson Career Services and had several interviews that day.

After a long interview process with many companies around the area, Edel was offered a job both with John Deere and KPMG.

“Two days after my interview at KPMG, I got a call from them offering me a full-time position as an associate auditor,” Edel said. “I took the offer from KPMG in downtown Des Moines because I wanted to go into the public accounting field, rather than the private sector”.

Senior Allison Boardman, biology and Spanish major, has a completely different plan for her future after Simpson.

Boardman was accepted into the University of Iowa Carver College of Medicine in March and will begin her four years of medical school in September.

After studying abroad in Spain for a semester, Boardman has dreams of becoming an OB/GYN and working in a community where she can use her Spanish on a daily basis.

However, it is April and the job search is still ongoing for many seniors.

“As of right now, I’m still looking and applying for jobs” senior education major Megan Doty said. “It’s stressful, but in all reality, I think that everyone is in the same spot”.

Doty said she knows other students in her same position. Although many seniors don’t have jobs yet, they are hopeful that things will start to fall into place soon.

Putting a future career aside, these seniors have mixed feelings about the actual graduation part, and leaving Simpson.

“I’ve been ready for a while now, but I still feel uneasy about leaving” Edel said. “Once I found out that I had a job for after graduation, I was pretty much excited to be done with school and start working.”

As Edel mentioned, he feels that Simpson did a great job at preparing him for his future career.

“The companies that I interviewed with gave great recognition about Simpson” Edel said. “They also have a great network of Simpson graduates.”

According to Boardman, although she’s ready to graduate, it brings mixed feelings of nervousness and excitement.

As the school year comes to a close, the Simpson College class of 2009 is busy job searching, finishing up the semester and preparing themselves for the real world.

“I think I speak for the entire Simpson community when I say that Dr. Seuss puts it best,” Boardman said. “You have brains in your head. You have feet in your shoes. You can steer yourself in any direction you choose. You’re on your own. And you know what you know. You are the guy (or girl) who’ll decide where to go.”