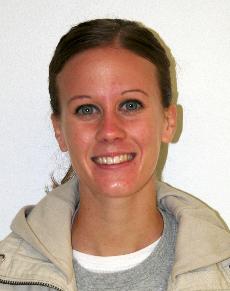 As they improve each meet, both Simpson College’s men’s and women’s cross country teams are climbing the rankings step by step, or should I say, stride by stride.

Senior runners Tricia Davis and Jess Christensen agree that the team is improving every race they run.

The women’s team has been tasting success this year.

After beating Loras College, who was ranked ninth in the region, at the Wartburg meet, the women’s team took over the ninth ranking, knocking Loras down to the tenth spot.

“Something we’re looking forward to is moving up in the conference,” Christensen said. “And especially beating some of the teams that us seniors have been wanting to beat since we were freshmen.”

Seniors Sarah Hammel, Davis and Christensen have been following close behind Ellingson and have been aiding to the team’s success.

The team does have some things they need to work on to keep moving up in the rankings.

“We have some significant gaps we need to make some progress on,” Davis said. “But the upperclassmen are leading very well and everyone is working very hard.”

Coming together as a team and doing well at regionals, which will take place Oct. 31 at Wartburg, is at the top of the team’s goals.

“The women’s team needs to realize the potential we have because I don’t think they realize what we are capable of,” Davis said.

Along with the women’s team, the men’s team has been working extremely hard. They got second out of seven at Central, seventh out of 17 at Grinnell, 20th out of 35 at Minnesota, and ninth out of 13 at Wartburg.

“We have a good deal of competition at the front end of our line-up which is pushing us all to work harder and get better at each meet,” Dunning said.

One of the most exciting meets so far this year was the 2009 Roy Griak Invitational. The women’s team finished with 374 points.

For the men’s race, there were five teams ranked in the top thirty-five of the USTFCCCA Division III Cross Country National Rankings. They scored 566 points.

Both men’s and women’s teams continue to improve each practice. They have shown that they can be successful at both small and large cross-country meets. No matter where, the Storm will run the course.