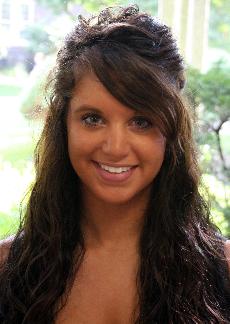 Hi, my name is Utah. I don’t know if you remember me from last year’s football season, but we’re kind of a big deal. After all, we were undefeated last season.

Apparently that’s not good enough for those “professional” ESPN people who didn’t even give us a chance to play against Florida, who by the way had a worse record than us Utes did.

Like last year, Florida is in the running for the BCS game again, but guess who else is? No, it’s not us. We’re not good enough, remember? But instead Alabama, the team we stomped last year in the Sugar Bowl, is.

So what are we supposed to do about this biased opinion that isn’t giving us the chance we deserve to play in the BCS? Well, we’re working on it.

In June, we thought we had the complete solution.

Along with our similarly successful buddies Brigham Young University and Texas Christian University we formed a plan to level the BCS playing field by opening up system conferences such as ours, the Mountain West Conference.

Under our ingenious plan, the current bowl-based BCS model would be replaced by an eight-team playoff, and that playoff would be open to teams like us, which are essentially blocked out of the championship race under the current format.

The BCS Presidential Oversight Committee didn’t like it so much however. They didn’t think there was anything wrong in the system. They were okay with letting the big schools rule and us underdogs being left out in the cold.

They claimed there was no actual business model behind it and it would destroy the bowl games. Why couldn’t we use the playoff sites at the bowls? Because of the marketability of the 32 NCAA bowl games. They make more money for college football than the entire regular season.

So now what? Well, it sounds like we’re in some serious trouble and have no chance.

We could join the Pac-10 or Pac-12, which is what basketball did. They assimilated the best from Conference USA into the Big East. There was a little bit of overcrowding, but overall it worked well.

Another idea is to create a whole new conference. This would include Utah, Boise State, BYU, Fresno State and possibly even Notre Dame.

The problem with this idea is that these teams would lose some big moneymaking rivals. It all comes down to the fact that there are too many teams and a very short schedule.

Did you know the BCS actually stands for Bowl Championship Series? That doesn’t make any sense does it? I don’t see any “series” resulting in one specific champion.

If it is called the Bowl Championship Series, shouldn’t there be a playoff system? And even though we’re a smaller team, shouldn’t we be included?

The fact of the matter is, the BCS system stinks.

It’s not just the Utes that are being persecuted for it. BYU, Boise State and TCU are just as good as the big teams. We were undefeated last year and were never even considered for the championship game, even though Florida had lost to an unranked team earlier in the season. We went on to kill Alabama in the Sugar Bowl.

Those of us in the Mountain West are hungry for our revenge.