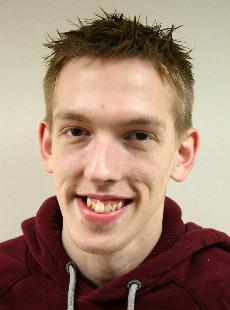 Not much on the news gets me riled up anymore.

But every once in a while I’ll see or hear a story that will rub me the wrong way. Something like President Obama winning the Nobel Peace Prize for not being George W. Bush. Or maybe even the introduction of luxury dorms on college campuses across the country.

As I was watching the “CBS Morning News” a couple weeks ago, I heard a story about colleges and universities building new “luxury” dorms for their students.

The dorms come equipped with private rooms, private bathrooms, maid service, laundry service, flat screen televisions and much, much more. But these new dorms come at a hefty price: most of them at least a whopping $5,000 more than a traditional standard rooming situation. You know, the one where you have a roommate, do your own laundry, and maybe share a bathroom with as many as 20-25 other people.

Students are jumping at the chance to live in these high-priced dorms. I was shocked, especially since everyone is trying to be a little more frugal now that student loans are harder to come by. I was also shocked to find out that according to James Baumann, a spokesman for the Association of College and University Housing Officers-International, the word “dorm” is now a four-letter word. I mean, come on. I know we’re discouraged from calling our buildings “dorms” instead of “residence halls.” But a four-letter word?

Something has changed with our generation apparently. We didn’t grow up sharing things: rooms, bathrooms, toys, cars, nothing. We’re so used to having our own stuff and our own space that colleges are now starting to acknowledge that by building these insanely expensive “dorms.” I don’t know about you, but I never expected to have my own living space, free wi-fi, a flat screen television, laundry- and maid-service in my dorm when I came to Simpson College.

I was sort of looking forward to all the things that make college living interesting. The roommates, the being around people, everything. But apparently that’s just too much for some people. They’d rather have all their comforts and live in their own little bubble.

That’s not for me. And it never will be. I’m not interested in shielding myself from all the normal college experiences. Or paying a ton for my room and board.

Let me break this down for you. The standard room and board charge for this academic year is just shy of $7,275. Tack on an extra $5,000 becomes a whopping $12,275. Who in their right mind would pay that kind of money? Why not use that $5,000 to borrow less money toward a college education?

College isn’t about living in a bubble. It’s about learning and experiencing new things. And yes, those include doing your own laundry, sharing a room with someone you don’t know and watching your favorite shows on a crappy TV. Life isn’t always going to be this “easy.”