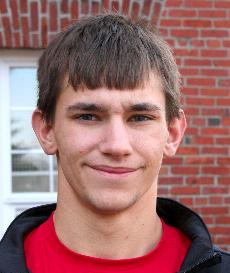 It’s time for Major League Baseball to get out of the Stone Age and join the rest of us in the 21st century. With the World Series over or headed to game seven tonight, the time is now for MLB to expand its use of instant replay.

In this year’s postseason, there have been blatant calls that have been missed, highlighting the need for replay.

The blown call that put me over the edge was during Game 4 of the American League Championship Series. Two Yankees were caught in a run-down at third base. Both were off the base and tagged out, two feet in front of the umpire. A clear double play, only the ump ruled that only one of the runners was out.

The call, made by Des Moines native Tim McClelland, was clearly wrong. Earlier in the game, he incorrectly called Nick Swisher out for leaving too early on a sacrifice fly, taking a run off the board. McClelland is recognized as one of the best umpires in baseball, but he could have used some help on these plays.

Umpiring is not easy. I’ve seen and played too much baseball to think that. It’s a hard job, and I wouldn’t want to do it. However, with so many cameras on each game, it makes sense to help the umps out. The bottom line for me is to get the call right.

In today’s age of HDTV and slow-mo replays that can be instantly shown to the entire viewing audience in seconds, why do we want to put games that mean so much and decide championships in the hands of a flawed, out-of-date system?

“I think you can overreact to situations,” Commissioner Bud Selig said during this year’s postseason. “It’s not change I’m afraid of. I’m not sure it would contribute to the overall improvement of he sport.”

Wrong, Bud. You are afraid of change, and you’re stuck in preserving your idea of the tradition of the sport.

Baseball purists argue that the human element is part of the game. But human error doesn’t make the game better. If the viewing public didn’t know any better, it wouldn’t matter, but everyone watching can see if a call is right seconds after the play.

There will always be a human element to baseball because you’ll have umpires calling balls and strikes. Instant replay isn’t needed for the strike zone, but fair or foul and out or safe would be very easy to review.

Look at the NFL. Instant replay is now a part of the game and has improved the product on the field immensely. The game happens too fast and there is too much at stake to leave crucial calls up to the naked eye.

The same goes for baseball. Plays at the bases are bang-bang, very difficult to make. Close plays at the plate decide games.

Another argument is that instant replay would make the game longer. The time taken between pitches is what drags out games.

Managers arguing calls also delay the game. With replay, that argument and the time it takes doesn’t happen.

Reviewing calls wouldn’t need to take over a minute. There are six umpires that work each game in the postseason. One of them could work in a review booth and quickly relay to the umps on the field if a call needed to be changed. Managers could challenge a call, like in the NFL.

Instant replay can work as a safety net for umpires, to eliminate mistakes that can impact the outcome of the game.

The best example comes from the 1985 World Series, featuring the Royals and Cardinals. First base umpire Don Denkinger called a Royals runner safe, in the ninth inning of the clinching game, when replay showed he was clearly out. The Royals went on to win the game and the series.

Many Cardinal fans still claim it cost them the championship, and Denkinger has been forced to live his life carrying around that infamous mistake.

Last week, Denkinger came out in favor of instant replay.

“I’m in favor of getting all the calls correct, whatever it takes,” Denkinger said in an interview. “There’s nothing better than getting every call right.”