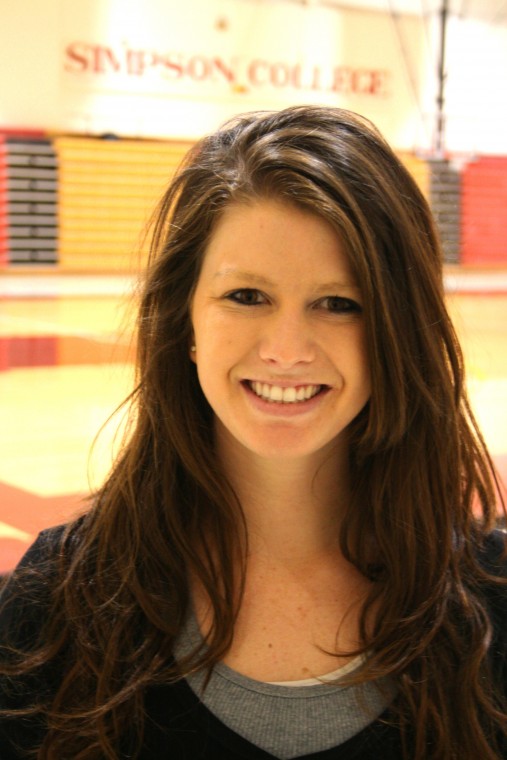 Coming to Simpson College, I was excited to attend a Division III school. Simpson prides itself in academics but also highly supports other activities, especially sports. One reason I came to a D3 school is because students aren’t paid to play sports. This means I not only will receive a good education, but I get to play a sport with a team of people who WANT to play the game, not people who need monetary motivation to play.

At first, I loved playing at college and was proud to say that I was part of a college that respected and supported all athletic teams. Now as a junior, I would have to admit that I have noticed a slight decrease in athletic pride among college students and athletes.

My first observation was the dropout rate of athletes, which has increased immensely over the last couple of years. I can’t assume all athletes are quitting for bad reasons, but then again, these athletes are choosing to stray away from athletics for some reason or another.

I have also noticed the lack of athletic support for our teams. The overall attendance of Simpson students at games varies depending on the success of the team.  Don’t believe me? Go to a women’s basketball game and stay for the men’s game as well. The difference in attendance from the first game to the second is drastic. What happened to supporting all teams no matter how well they do? Where are the dedicated fans who attend as many games as possible simply because they are proud of the Storm name?

What about our smaller teams? I attended a men’s tennis meet last spring to find that I was one of the six other Simpson students there. Yes, I know college students can be very busy, but would it hurt to support these smaller teams every now and then? After all, these athletes are representing the Storm name.

Not only are students not supporting the athletes, but we as a school are not supporting our biggest fans of all, the cheerleaders and dance team. These individuals come to games dancing and cheering, working hard to spark some fire into fans throughout every game whether the competing team is winning or losing. Why can’t fans give these individuals back the same energy when they bravely dance or cheer in front of us at halftime or timeouts?

My last observation is seriously the one that hurts the most: the lack of love for the game. Athletes don’t seem to share the energy that should come from playing at a competitive level. Yes, it is hard in college, especially since participating in any sport is a huge time commitment. Yet, it still affects me when I see athletes in the weight rooms simply going through the motions or notice athletes quitting their sport simply because they aren’t getting the playing time they think they deserve.My overall point is not necessarily to bash Storm athletes and students, especially those who take pride in our athletic teams. My point is to provide a reminder of the importance of athletics to those out there that maybe have forgotten. Athletics are not always about winning or being successful. They are about something much bigger. They are about the students, the fans, the coaches and the athletes coming together as one proud unit under one name and working towards one goal made by one team who hopefully is playing simply for one thing: the love of the game.