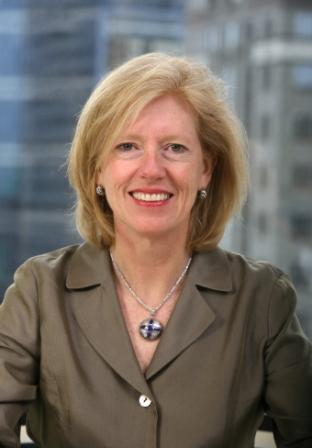 Simpson alumna and 2009 commencement speaker Cheryl Thomas is returning to the college once more to speak at the annual Women in America lecture.

Thomas, who graduated from Simpson in 1979 and from the University of Minnesota Law School in 1983, has had a very prolific career since her time at the school.

“She’s had a pretty remarkable career in human rights, both nationally and internationally,” Rachel Bandy, assistant professor of sociology and criminal justice, said. “She’s led a pretty exemplary career that I think really resonates with Simpson’s mission for both men and women.”

The lecture will take place Monday, March 1 at 7 p.m. in Lekberg Hall.Thomas’s career includes her current role as an attorney and the director of the Women’s Human Rights Program, which she founded in 1993. Her work includes traveling to countries such as Morocco and the former Soviet Union, as well as across central and eastern Europe speaking on issues regarding women’s rights. Her selection as speaker for the Women in America lecture comes from a series of meetings.

“Jennifer Nostrala, (professor of theatre arts and head of the division of visual and performing arts) is the department head of the Women’s and Gender Studies Program,” Bandy said. “She solicits input, not only from the faculty who teach in this program, but from anybody who wants to provide insight or suggestions. Generally, we’re looking for speakers who are inspiring, have led interesting lives that contribute to society, and particularly that might be of interest for students to consider the direction their lives might go.”

Other factors in selecting speakers include the area of expertise the program wishes to concentrate on, availability of the speaker, as well as the price of the speaker.

In 2009, the Women in America lecture was given by Judy Norsigian, the executive director and founder of the Boston Women’s Health Collective, and Angela Shelton, the creator of the documentary “Searching for Angela Shelton,” spoke in 2008.

Bandy said this year Thomas will be speaking about human rights. In addition to the Women in America lecture, she will also be talking to groups and classes.

“Those topics will be specific to those courses,” Bandy said. “I know earlier in the day she’ll be speaking with SARA, the Sexual Assault Response Advocates, about human trafficking as a human rights issue and how sex trafficking and sex slavery in the modern era is being or not being policed.”

Bandy said that she believes the campus community will take away much from Thomas’ lecture.

“This campus has a genuine investment in human rights and compassion for the human spirit, and celebrating and acknowledging, fighting for the basic fundamental rights of humans,” Bandy said. “The work she’s produced has helped the rest of the world live better lives. My rights are better protected because of people like her. I’m hoping and predicting that students will come away feeling inspired and invigorated to follow their passion as a way to improve social justice.”

“I’m looking forward to learning more about women’s human rights, or lack thereof, around the world and how the U.S. can improve the lives of women in our own country and abroad,” Olson said.

Olson said she believes the lecture will open people’s eyes to women’s rights.

“I’m excited to learn about what her organization does to promote women’s human rights and how we can help,” Olson said. “I don’t think this is an area people know much about and her lecture will be a great way to create awareness of what is going on for women around the world.”

Other events included in this month are performances of The Vagina Monologues on March 5 and 6, the Clothesline Project, which raises awareness of violence against women, from March 29-April 2, and a feminist panel on March 31.

Bandy said the focus is on women because of long-standing oppression regarding females.

“It identifies women in the title because historically and traditionally, female contributions have been unacknowledged, sometimes even chastised and denigrated,” Bandy said. “We all benefit from the work of the speakers.”

Bandy also said that everybody who attends the lecture will feel the drive to help others.

“I think anybody who is interested in what it means to live your life according to a set of values and principles, both professionally and personally, will probably really come away inspired,” Bandy said.