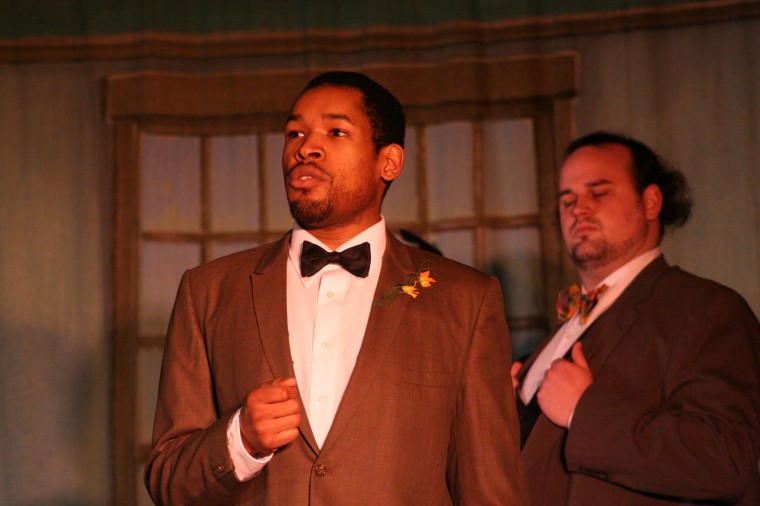 The Des Moines Metro Opera Troupe performed “A Dream Fulfilled,” an opera based on the life of George Washington Carver at Simpson on Tuesday.

“A Dream Fulfilled” was written by Professor of Music Michael Patterson, who envisioned 2007 Simpson graduate Roland Hawkins to play the role of Carver.  This is the third year that Hawkins has played the role.

Senior Ellen Bedecarre McNamara will be attending for the first time and is excited for the performance.

“I’ve heard some really good things about the opera,” McNamara said. “I’m expecting the music to be well arranged by Dr. Patterson.”

Junior Lydia Schettler has attended the performance twice before, but is looking forward to seeing it again.

“The opera was written to teach kids about George Washington Carver,” Schettler said. “It’s very educational because of all the great things he did and invented.” Carver came to

Simpson College in 1890 to study piano and art.  He then transferred to Iowa State Agricultural College and received a bachelor’s degree in agricultural science in 1894 and a master’s degree in science in 1896. Carver, known for his development of products derived from peanuts, sweet potatoes and soybeans, revolutionized the agricultural economy in the south.